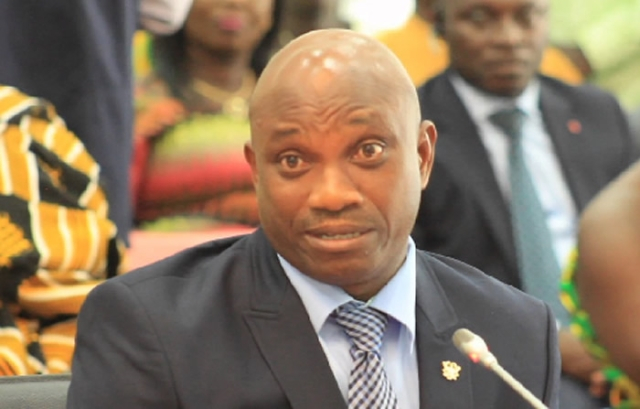 The Deputy Minister of Employment has discounted the notion that those who lost jobs in a recent banking sector cleanup are, unemployed.

Speaking on the Super Morning Show, Friday, Bright Wereko-Brobbey, said most of them have found themselves working in other sectors of the economy.

“Those that unfortunately lost their jobs in the banks, most of them have found themselves [working] elsewhere.

A banking sector cleanup in 2017 and 2018 which cost $4b, saw the collapse of several banks and microfinance institutions. As expected, several gainfully employed Ghanaians lost their jobs, including others in the value chain.

The government has caused to be published, a data analysis of figures captured between the same period from the Ghana Statistical Service which suggest that 611,397 new jobs were created the same period of 2017 and 2018.

Borrowing explanations from the International Labour Organisation, Wereku Brobbey defined employment as those engaged in exchange for a form of compensation within a period. According to him, it does not matter that those (engagements) jobs are held temporally or are casual or the worker is underpaid.

At Thursday’s Press conference at which the employment figures were revealed, Minister of Employment and Labour Relations, Ignatius Baffour Awuah, said that 343,458 new jobs were created by Ministries, Departments and Agencies (MDAs) during the period under review.

“In addition to these new jobs in the formal sector, the ever famous Planting for Food and Jobs Programme created jobs from 2017 to 2018,” he said.

Following up on yesterday’s press meeting, the Deputy Minister suggested on Joy FM that the latest job figures have compensated for the loses which were occasioned as a result of the banking sector cleanup.

“I know a lot of the people who were in the banks who are now in the Ghana Education Service,” the Deputy Minister revealed.

While apologising for the jobs that were lost, he argued strongly that, job losses are inevitable especially in the era of robotics and artificial intelligence.

He held, the problem is not so much the loss of one’s job, as it is about what one does when this occurs.

He believes a university education adequately equips one to be versatile and adapts to different working environment, irrespective of what they were previously engaged in.

“I know graduates who have even gone into tailoring and fashion business and are ‘fastically’ producing,” he told Daniel Dadzie, host of the SMS.

The Deputy Minister added that it is for this reason that the government sees the private sector as “a great friend in the creation of jobs.”

“And the government is committed to creating the enabling environment to ensure that the private sector thrives and succeeds,” he added.