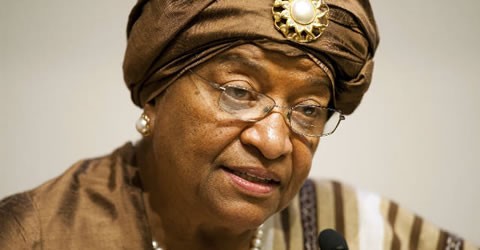 They were recognised for their “non-violent struggle for the safety of women and for women’s rights to full participation in peace-building work”.

Announcing the prize in Oslo, Nobel Committee chairman Thorbjoern Jagland said: “We cannot achieve democracy and lasting peace in the world unless women achieve the same opportunities as men to influence developements at all levels of society.”

“It is the Norwegian Nobel Committees hope that the prize… will help to bring an end to the suppression of women that still occurs in many countries, and to realise the great potential for democracy and peace that women can represent.”

Ms Karman was recognised for playing a leading part in the struggle for women’s rights in Yemen during the Arab Spring pro-democracy uprisings “in the most trying circumstances”.

She told the Associated Press she was dedicating the prize “to the youth of revolution in Yemen and the Yemeni people”.

Ms Sirleaf, 72, was elected to office in 2005, following the end of Liberia’s 14-year civil war. She had said she would only run for one term, but is standing for re-election next week.

Ms Gbowee was a leading critic of the violence of the civil war, mobilising women across ethnic and religious lines in peace activism – in part through implementing a “sex strike” – and encouraging them to participate in elections.

“She has since worked to enhance the influence of women in West Africa during and after war,” said the award citation.