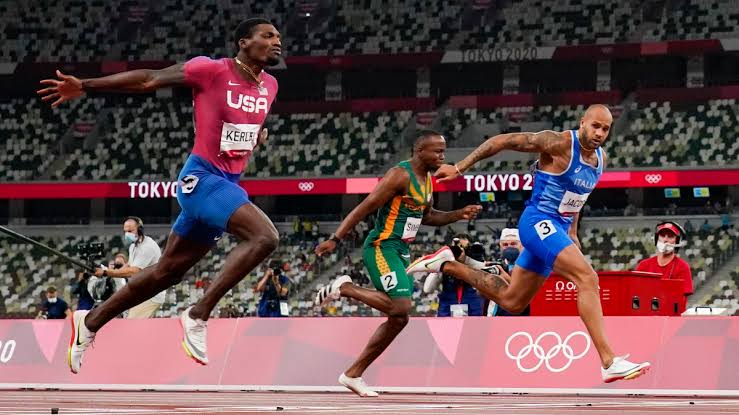 Driving from the Chama Zone Restaurant highway, on your right, just after the board drawing your attention that you are approaching the Moi International sports centre, a giant billboard reads: A celebration of Athletic Excellence.

At the centre is Kenyan star boy, Ferdinand Omanyala, Africa’s fastest 100m athlete with an incredible time of 9.77 wearing a wide grin that displays his white upper teeth.

On his left is sprint queen Mary Moraa, the World under 18 400m silver medalist, and on his right is the decorated Justin Gatlin who is a five-time Olympics Gold medalist.

Beneath the talked about Omanyala, the man over 50 million Kenyans are looking up to deliver a medal, is the smiling two-time Olympic Games 1500m champion, Faith Kipyegon, and many other Olympic stars.

Opposite the Chama Zone Restaurant driveway, in Kasarani, is the Home Of Heroes in block letters. That’s the inscription on the top of the Moi International sports centre.

It is visible that even a visually impaired individual would notice its presence.

This cathedral houses tens of history makers, earning a place with a board. It is also an edifice where over 60,000 enthusiastic athletics fans, watch these heroes.

On Saturday, May 7, 2022, history makers, and those seeking to make history will assemble at this never to be forgotten arena to file their names in the pantheon of World Athletics Continental Tour Gold dubbed Kip Keino Classic, in honour of two-time Olympic champion Kipchoge Keino.

Do not forget, that they have hosted this twice, but the atmosphere surrounding this meet is palpable. The previous two were behind closed doors due to the COVID-19 pandemic that brought everything to a halt.

That’s how much this event is spoken about. This has been made the more special by the fact that Shelly-Ann Fraser-Pryce, an Olympics witch, and Marcell Jacobs, and Fred Kerley, Olympic wizards are here.

They are here for rematches of what the world witnessed in Tokyo and world-class head-to-head contests.

They are here for a Tour opened to the public for free,  expected to have over 60,000 spectators witness what will be probably photo-finish races.

Italy’s Marcell Jacobs, who stung the world in the men’s 100 meters final in Tokyo, described the Olympic success as a stepping stone to his career.

“The Olympic Games were fantastic,” Jacobs says. “It’s the first step of my career. I am here in Kenya [for the Kip Keino Classic] because I want to have a quick start to the season,” he states.

Jacobs, who has many tattoos with numerous meanings, will have USA’s Fred Kerley, alongside him. Jacobs and Kerley won gold and silver respectively in the Tokyo Olympic Games, with 0.04 separating the two athletes.

It is a rematch which requires every fibre of the body awake. Kerley, however, does not see this contest as a revenge mission in this meet.

“I am just happy to compete,” he tells JoySports.

“It was a great time to ran, but this is different.

“Every race is different, so I am just here to compete because I like to compete.

“I am here to have fun so I have no butterflies,” he said.

One man who might have butterflies in his stomach is Omanyala, the man determined not to make this a two-horse race. The 26-year-old is revered. He knows it. He is aware of the expectations, but this is counted as positive pressure.

“It is a special feeling. The Olympic champion [Marcell Jacobs] and silver medalist [Fred Kerley] are here, so I am taking this competition personally,” he laughs before turning to his right to say “once you are in that track, it is you and you alone.”

“I can’t be thinking about who is watching. The most important thing is executing the rest and getting to the finish line, and then after that, you think about other things, but we will give a great show,” he concluded.

Little has been said about USA’s Olympic 200m silver medalist Kenny Bednarek, but he is the biggest threat that could ever happen to a major meet as this Tour Gold.

The 35-year-old, an established sprint legend has a personal best of 10.60 which makes her the third-fastest woman.

The mention of it draws over 10 seconds of laughter that ended with ‘my son!’ before she adds: “My son has been an inspiration for me.

“He has changed a lot for me as an athlete. It is one thing to be an athlete, it is another to be an athlete and a mother, and to be able to balance both has truly been a wonderful experience.

“I just want to make sure that, at the end of this I am leaving a legacy for him to be reminded that he can conquer anything when he is ready.

He has a rich history and if he decides to do something in athletics, he has me to look up to,” the three times Olympics gold medalist said.

If there’s anyone who will be looking up to Fraser-Pryce on Saturday even before her son does, it is Namibia’s Christine Mboma, a rising star who already has an Olympic silver medal, and is currently the world U20 champion in the 200m.

She beat Fraser-Pryce in Tokyo but insists this race is not a competition, but to learn from the woman who at 35, continues to compete at the highest level.

“I grew up watching Sherry. I learn a lot from her. She is an inspiration and I look forward to competing against her,” Mboma, 18, says.

It will be a celebration of Athletic Excellence when over 200 athletes compete in Kasarani for various honours before the very eyes of over 60,000 people in the stadium including Kenya President, His Excellency Uhuru Kenyata and millions of athletics aficionados on television.

The stage is set. Time to make history in the Home of Heroes. The world awaits.