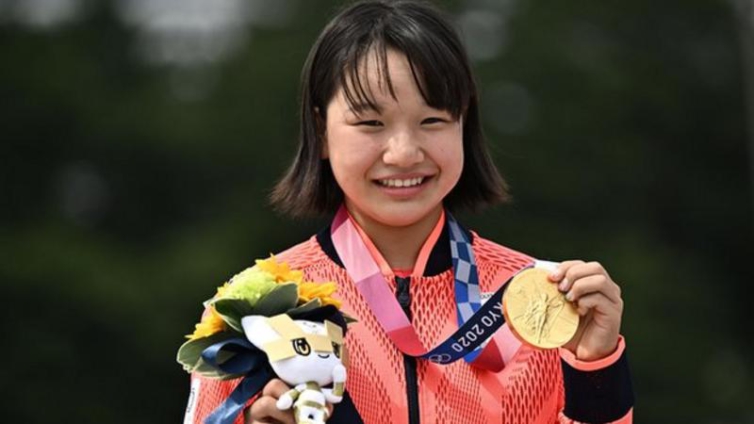 Another flurry of home medals on day three of the Olympic Games in Tokyo has further eased the scepticism from the Japanese public into the hosting of the event.

Before the start of the Games, a strong percentage of the population

were against the Games going ahead due to rising numbers of coronavirus cases.

But with eight gold, two silver and three bronze medals won by the home nation so far, opinions appear to be starting to change.

The International Olympic Committee said 69.4 million people in Japan had watched at least some of the preliminary competition events last Wednesday and Thursday.

Japan added to their medal tally as street skateboarding gold went to 13-year-old Momiji Nishiya, who impressed during the “best tricks” portion of the event.

“I’m so happy to win the Olympics in Japan. I want to be the famous one who everyone in the world knows. I want to win at Paris 2024, too,” said the teenager from Osaka.

She earned her victory by landing all three of her final tricks while most of her competitors took painful-looking slams.

The Russian Olympic Committee took the gold with just a 0.103-point advantage over the Japanese.

They became the Olympic team champions for the first time since 1996, winning on the final rotation of apparatus.

The Chinese, who were challenging the Russians for the gold until the final moments, took the bronze.

The view from Tokyo

Sport headlines have now overtaken most of the negative coverage on the scandals and controversies surrounding the Games.

This is what the government and the organising committee had been hoping for, and some people whom we spoke to on the street said they felt moved to watch the strong performances of Japanese athletes, even though they were against the Olympics.

But as the number of confirmed cases of Covid-19 increases inside the Olympic village and in Tokyo, it won’t take much for their opinions to shift once again.”

Osaka ‘happy to be playing’ again

Japan’s ‘Face of the Games’, Naomi Osaka has returned to the tennis court for these Olympic Games and with the world number one Ashleigh Barty eliminated on Sunday, she is a favourite to take the gold medal.

Speaking to the BBC after her second round 6-3, 6-2 win over Switzerland’s Viktorija Golubic, Osaka said she had missed playing competitive tennis, despite needing a break from the sport.

Before the Games, the 23-year-old took an eight-week break to protect her mental health.

“This occasion is something I have always dreamed about,” she said, a few days after she had the honour of lighting the Olympic flame during the opening ceremony.

“Being a part of it was a really big honour. And the role (of lighting the flame), my grandparents were probably crying.”

She will face French Open finalist Marketa Vondrousova of the Czech Republic in the third round on Tuesday.

It appears the positive feeling towards home athletes is starting to cut through the difficult atmosphere in Tokyo.

Racing for gold in the pool

An enthralling race came down to the final 50 metres, with the world champion eventually taking the gold by 0.67 seconds.

Soon afterwards, American talisman Caeleb Dressel led his team to gold in the men’s 4x100m freestyle relay final as they cruised to victory by more than a second over Italy.

It is the first of a potential six-medal haul for Dressel in Tokyo, who already has two Olympic golds to his name, won at Rio 2016.

He is competing in three individual events – the 50m and 100m freestyle, plus the 100m fly – and will feature in a further two, possibly three, relays.

Aussie surfer out of contention

Seven-time world champion Steph Gilmore was eliminated from the first ever Olympics surfing competition on a day of frustration and small waves. “[I’m] super disappointed that I couldn’t make it happen, but there’s always Paris,” Gilmore said.

“I looked at that wave and was like, ‘it doesn’t look that good’. I let her have it. She turned it into a seven [point score], that was the most frustrating [thing] for me.”