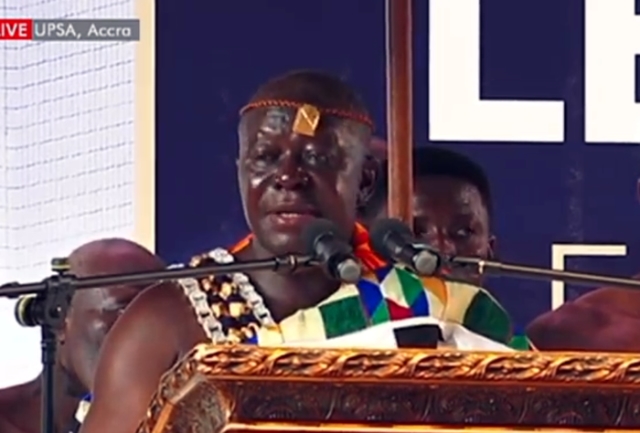 Asantehene, Otumfuo Osei Tutu II, has said governments work against the true tenets of multiparty democracy when they reward individuals who are loyal to the political parties they belong to.

Describing the system where ruling parties reward persons deemed to have been loyal to them as “patronage” and “clientelism”, the king of the Ashanti people said countries that have rooted out this system have reaped many rewards.

“In clientelistic states, political parties provide individual benefits to people in exchange for their votes. These benefits can include jobs in the public sector, cash payments, political favours or even public goods like schools and clinics that are collectively given to political supporters.

“It took more than a century before the United States was able to clean the system and put an end to both political patronage and the scourge of clientelism and the United States has been all stronger for it,” he said.

Related: ‘Step back and take the heat out’ – Otumfuo urges as ‘Yes’, ‘No’ campaigns rage on

Otumfuo Osei Tutu II made the comments when he presented a keynote address at the Annual Leadership Lecture Series organised by the University for Professional Studies, Accra (UPSA) on Friday.

He said although Ghana has made great strides to abandon unfavourable governance systems like military regimes and one-party state system, the problems with the current multiparty democratic system must be a source of concern.

“Yes we have the luxury of joining the party of our choice and the supreme right to choose which party manages our affairs but what difference does the change bring if the new system also makes party loyalty the source of all rewards?” he quizzed.