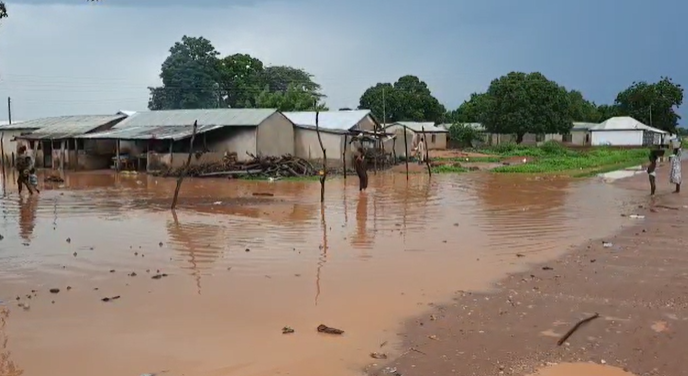 Two more people have been confirmed dead in the North East Region following days of heavy downpour and the ongoing spillage of water from the Bagre dam.

The incident, which took place on Saturday, brings the total number of deaths to six.

The Regional NADMO Director, John Alhassan Kweku who confirmed the latest casualties to JoyNews said the two farmers drowned while attempting to use a canoe to harvest their crops; which had submerged due to the flood.

Sources say, the two had their farms along the White Volta.

Already, about 100 people across the region are said to have lost their homes and properties, including farmlands.

Some major roads leading to half of the districts in the region have been blocked by waters and at least dozens of feeder roads cut off.

The situation has left the locals in several communities trapped.

The Regional Director of NaDMO tells JoyNews some relief items have been organised for the victims.

He, however, said the continuous downpour was hampering all rescue operations and other interventions.