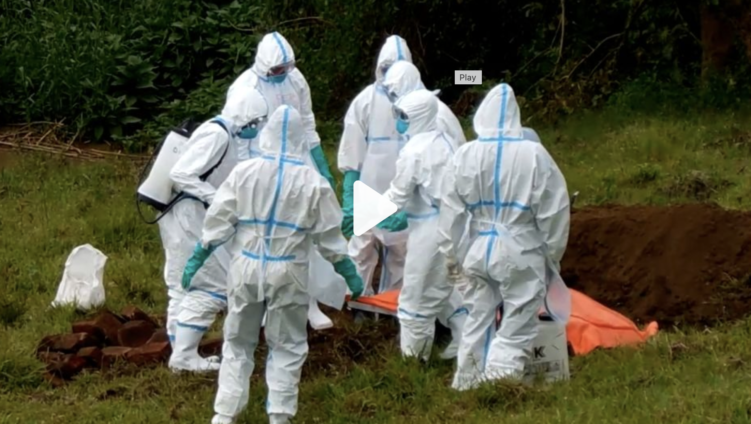 How Uganda is fighting to contain another Ebola outbreak

Ugandan President Yoweri Museveni has declared an immediate three-week lockdown in two high-risk districts as the country battles a rise in Ebola infections.

All movement in and out of the Mubende and Kassanda districts will be halted, Museveni said in a televised address on Saturday – although cargo trucks will be allowed to enter and leave the areas.

Curfews will also be imposed. Places of worship, bars, gyms, saunas and other entertainment venues will close but schools will remain open, he added.

“Given the gravity of the problem and to prevent further spread and protect lives and livelihoods, the government is taking extra measures that require action from all of us,” Museveni said.

Ebola is a rare but deadly disease. It spreads through direct contact with body fluids and is not transmitted through airborne viral particles, the US Centers for Disease Control and Prevention (CDC) says.

It has no cure, and there is no approved vaccine, although there is a concerted effort to create one.

Speaking at a media briefing earlier this month, World Health Organisation Director-General Tedros Adhanom Ghebreyesus said the vaccines used successfully to curb recent Ebola outbreaks in the Democratic Republic of the Congo are not effective against the type of Ebola virus now circulating in Uganda.

“However, several vaccines are in various stages of development against this virus, two of which could begin clinical trials in Uganda in the coming weeks, pending regulatory and ethics approvals from the Ugandan government,” said Tedros.

Museveni declared an Ebola outbreak in September after a case of the relatively rare Sudan strain was confirmed and cases began to rise across districts.

The latest outbreak has so far killed 29 amid 63 recorded cases.

According to the CDC, a person infected with Ebola “is not contagious until symptoms appear (including fever, headache, muscle and joint pain, fatigue, loss of appetite, gastrointestinal symptoms, and unexplained bleeding).”

The virus spreads through direct contact with body fluids and is not transmitted through airborne viral particles, the CDC says.

DISCLAIMER: The Views, Comments, Opinions, Contributions and Statements made by Readers and Contributors on this platform do not necessarily represent the views or policy of Multimedia Group Limited.
Tags:
Ebola
Uganda