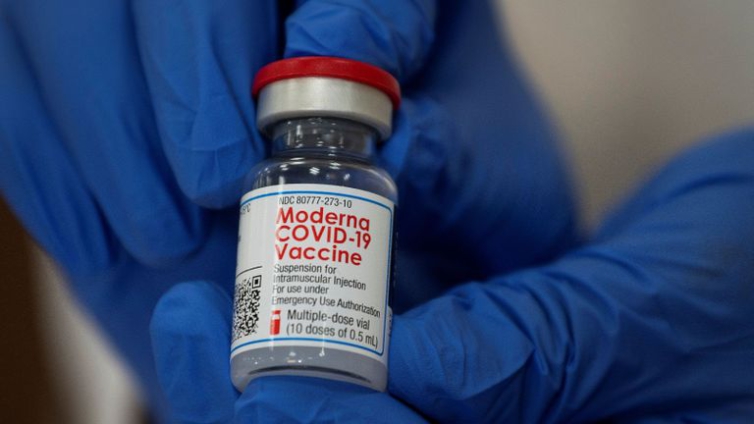 The Moderna vaccine has become the third coronavirus jab to be approved for use in the UK with an additional 10 million doses ordered.

The US-based company’s vaccine was shown to have 94% efficacy against Covid-19 in final trials.

Seven million doses had already been ordered by the UK government with a further 10 million expected to follow – but it will likely not become available until March.

This is because it is being manufactured in the US at first, and will take a few months before manufacturing facilities in Europe will be ready to distribute.

News about the jab, which will be available for free, was welcomed by Health Secretary Matt Hancock.

He called it “another weapon in our arsenal to tame this awful disease”, and added it will “boost our vaccination programme even further once doses become available from the spring”.

But Mr Hancock reminded people: “While we immunise those most at risk from Covid-19, I urge everyone to continue following the rules to keep cases low to protect our loved ones.”

Meanwhile, the UK’s reproductive or “R” rate – the average number of people someone with coronavirus passes it on to – changed from between 1.1.-1.3 to 1.0-1.4.

It is based on data up to January 4 but the government cautioned the latest rate “cannot account for the impact of recent policy changes” such as the lockdown in England.

American authorities have also approved the Moderna vaccine. The country’s Food and Drug Administration based its decision on results from a late-stage study of 30,000 volunteers.

The Moderna vaccine was taken by US vice president-elect Kamala Harris at the end of December on live television to prove its safety.

When the vaccines arrive in Britain, they will “help to ease any bottlenecks or delays in the administration programme”, according to Dr Michael Head, a senior research fellow in global health at the University of Southampton.

He added the jabs’ early usage in the US and other countries “have been successful with no significant issues raised in terms of safety”.

The UK was the first country in the world to approve the Pfizer/BioNTech vaccine, and has since also begun rollout of the Oxford/AstraZeneca jab.

The government has set a target to deliver first doses to 15 million of the most vulnerable by 15 February.

The Moderna vaccine is much easier to distribute than the Pfizer jab, which must be stored at about -70C to maintain optimal efficacy.

It has been shown to last for up to 30 days in household fridges, at room temperature for up to 12 hours, and remains stable at -20C – equal to most household or medical freezers – for up to six months.