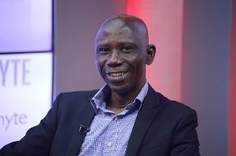 In 1966, the year Osagyefo Dr. Kwame Nkrumah was overthrown, I was in Class 6 at the South Suntreso SDA Primary School but I remember that year, not for the coup but for a young lady of about 18 who moved to South Suntreso during the long vacation and created such a stir that had almost everyone talking. In those days, the long vacation lasted for about three months.

I never got her name and I never heard her voice but after all these years, I still remember her for the effect she had on South Suntreso in those three months.

South was usually a quite reserved place but this young lady got South Suntreso acting in a way I had never seen and I am still trying to make sense of.

I remember that she was, at the time, the most beautiful and elegant girl to move to South. She was about 5’8”, fair in complexion and carried herself with great self-assurance. And she had style. She dressed well and every dress she wore flattered her beautiful curvy figure even more.

What made her effect on South so interesting was that for all the time she was at South, she kept very much to herself. As far as I know, she did not seem to make any friends at South which was strange because South was a place that embraced everyone. For all the time she was at South Suntreso, I never once saw her chat with anyone. But every day at about midmorning, she would walk from her home on E line and walk through the street between J line and C line, turn off at K line and continue to the Kwame Nkrumah estates which had been renamed Kwadaso Estates.

She would be gone for about six hours and then she would return and walk back the same way back to her home. She made that journey alone, every day. Her walk was striking; she walked like a model. Did I say already that she was beautiful? Well, she was and carried herself as if she was fully aware that she was beautiful and gorgeous.

It was nobody’s business but the women began asking themselves why she always wore a hat? Did she have a problem with her hair? Could it be that the texture of her hair was terrible that she felt the need to cover it? Could it be that she was bald? Why did she cover her hair – was it for shame or for style?

It began as a quiet speculation they kept to themselves but before long, it was the only thing the women along the street she walked on every day were talking about. What was under the beret hat the young lady wore.

Then one day, one woman from the safety of her house shouted playfully at the young lady as she walked past, “Tu wo kyε.” (Take off your hat.) And then, as if everyone was waiting for that cue, others also began shouting at her, “Tu wo kyε.”

The young lady pretended she had not heard them. She kept making the walk every day in the same stylish self-assured model-like manner. In a few days, it had gone from something the women wondered about in the privacy of their homes to a chant. Then children took it up, and emboldened by their mothers, they took it even further. They took to walking behind her chanting, “Tu wo kyε.”

It soon became like a game. Every mid-morning, the young lady would make her walk from E line through J and C lines and past K line and cross the highway that separated South Suntreso and Kwame Nkrumah Estates. She did not miss a day and she did not change her route. And she never once reacted to anyone. Indeed she acted as if they were giving her fans. She seemed to enjoy the fact that people were curious about her.

And that seemed to annoy the women. Now, it was no longer curiosity to know what was under the hat; some of the ladies and the children became very aggressive about it. Her refusal to acknowledge the demand for her to take off her hat got to some of the women and the chant was no longer playful but vicious and hostile. Some even dared to come quite close to her to yell, “Tu wo kyε” but for some reason, nobody tried to rip the hat off her hair.

Now, because she did not react in any way to the chant and demand to take off her hat and because she continued her routine and continued to walk as if she was not affected by the chant even as it got hostile and vicious, another speculation began to make the rounds, “Could it be that she had juju in the hat?”

And in a community that worked with superstition, that was enough to keep anyone from snatching the hat off her hair but the chant, “Tu wo kyε” never stopped until schools reopened and she left South Suntreso.

Why do we refuse to let people be? Why do we insist on getting into other people’s business? When will we learn to respect the privacy of other people and know when something is none of our business?

DISCLAIMER: The Views, Comments, Opinions, Contributions and Statements made by Readers and Contributors on this platform do not necessarily represent the views or policy of Multimedia Group Limited.
Tags:
Ebo Whyte