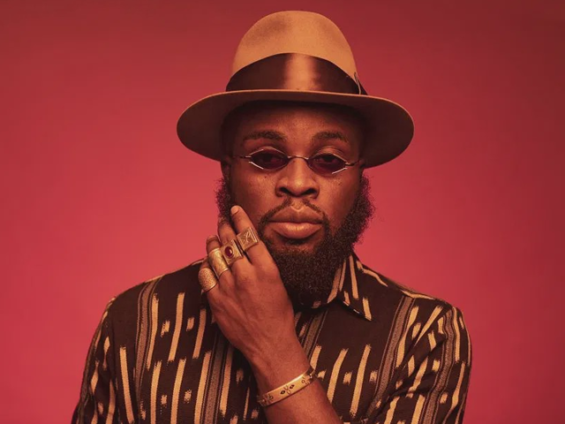 “Livin’ la Vida Loca” is Spanish for “Livin’ the Crazy Life” in English.

In his intro hook the GodMc says “We living la vida loca in an old car, Up and down in Gotham streets yeah, I’m a joker’’.

The rapper in his old car immediately takes us to Gotham City a fictional city seen in the Batman movie franchise, M.anifest then identifies himself as the joker, a super-villain in the same movie.

If one were to ask a diehard fan of the DC Comics to use one word to describe the joker it would definitely be the word crazy.

In essence just like the insane joker, M.anifest is living the crazy life in his old drop-top which can be seen in his artwork.

He continues with “Tell her, she thinking Margiela.”

One could deduce that his Nutella tasting princess was thinking about fashion instead of listening to the rapper.

She might suspect the rapper of something because according to him, “Detective she on Marcella, Checking bottles in wine cellar.”

His princess is acting like a detective from the British Nordic–noir detective series, titled Marcella.

M.anifest’s lover is now in the wine cellar looking at the bottles, like Cabernet Sauvignon one of the world’s most widely recognized red wine grape varieties.

The rapper now thinks of the time he fought with his Cinderella “Back back forth and forth, A bitter taste of when we fought, Back back all retorts,” but assures her better days are coming and they would go on holiday when he says “but better days we go dey resort”

A portion of the song is in the Twi dialect.

It is an adage in Ghana which loosely translates into;

“It’s the beauty of it that makes ladies embrace their breasts while they run, it’s not because breasts will fall off.”

In verse two the God MC reminds us of his journey on the road as he references the popular racing video game franchise ‘Need for Speed’.

Before the journey ends we are once again reminded about the type of car we were introduced to in the artwork and the first verse when he says, “Take you on road trip when you tripping…”

“…Top down in a vintage”

The song produced by ObedWorld since its release been sitting comfortably on the Twitter Trends, with fans once again amazed by the lyrical dexterity shown by the GodMC.

A 2-minute 50-seconds masterpiece ending with the hook that in essence tells us we are all crazy, living a crazy life, in a crazy world.

LaVida is now available for download and streaming on all digital platforms you can also check out the official video on YouTube.