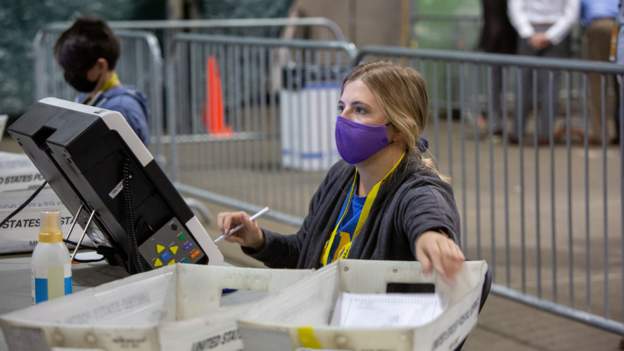 We are expecting more results from Pennsylvania soon

Trump has tweeted to announce a “big press conference” in Philadelphia later today.

In an earlier tweet, which has since been deleted, he said the press conference would be held by lawyers.

We are expecting more results from Pennsylvania soon. That state alone is all Joe Biden needs to win the White House.

The Democrat is currently leading there by 28,833 votes.

Trump announced the press conference after writing a series of tweets making unsubstantiated allegations of illegality in the voting process in states like Pennsylvania. All four tweets were labelled as disputed and potentially misleading by Twitter.

The president and his team have launched legal challenges in several battleground states, some of which have already been dismissed.