The US director of national intelligence, Dan Coats, has become the latest high-profile figure to leave the Trump administration.

President Donald Trump tweeted Mr Coats would step down in mid-August and that he would nominate the Texan congressman John Ratcliffe to replace him.

He said Mr Ratcliffe would lead and “inspire greatness for the country” he loved.

I am pleased to announce that highly respected Congressman John Ratcliffe of Texas will be nominated by me to be the Director of National Intelligence. A former U.S. Attorney, John will lead and inspire greatness for the Country he loves. Dan Coats, the current Director, will….

Mr Coats and Mr Trump have often been at odds over Russia and North Korea.

As director of national intelligence, it was Mr Coats’ role to oversee all 17 US intelligence agencies, including the CIA and NSA.

But throughout his tenure, Mr Coats’ assessments were routinely contradicted by the president, who has been critical of intelligence agencies.

In January the president called his intelligence chiefs passive and naive in their assessment of the threat posed by Iran.

Mr Coats is the latest in a string of Trump administration officials to leave the White House, former Defence Secretary James Mattis and Secretary of State Rex Tillerson among them.

In his resignation letter to the president, Mr Coats said America’s intelligence community had become “stronger than ever” during his two-and-half-year tenure.

“As a result, I now believe it is time for me to move on to the next chapter of my life,” he wrote.

Mr Coats said in February the president had asked him to stay in the post, yet their differences on foreign policy appeared irreconcilable at times.

In particular, they clashed on Russian interference in US elections, the Iran nuclear deal and Mr Trump’s attempts at rapprochement with North Korea.

Citing a former senior intelligence official, the Washington Post reported that Mr Coats came to see his departure as inevitable given his troubled relationship with Mr Trump.

Mr Coats, the former official told the newspaper, felt marginalised by the president on issues of national security.

Last year, the intelligence chief admitted that Mr Trump did not brief him about his behind-closed-doors meeting with Russian President Vladimir Putin in Helsinki.

“If he had asked me how that ought to be conducted, I would have suggested a different way,” Mr Coats said of their summit.

He had laughed in surprise when he heard about a proposed visit of President Putin to the White House, telling crowds at a public event: “That’s going to be special.” 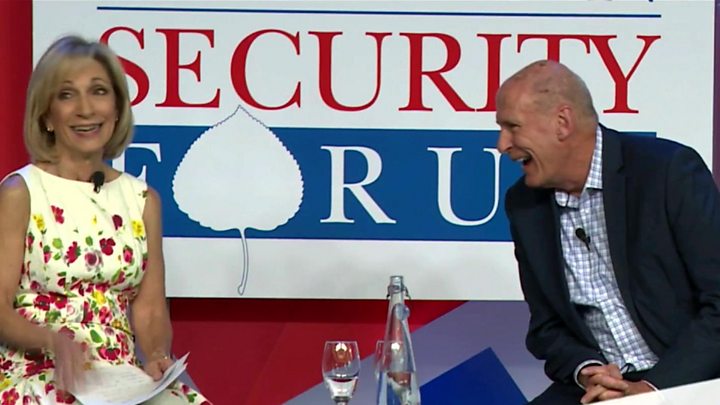 Mr Coats’ views also diverged from the president’s on North Korea. In January, Mr Coats told Congress North Korea was unlikely to give up its nuclear weapons, contradicting a statement by Mr Trump that Pyongyang no longer posed a threat.

Who is Dan Coats?

A former diplomat, Mr Coats has served as director of national intelligence since March 2017, when he succeeded James Clapper.

Born in Jackson, Michigan, Mr Coats graduated from two universities with degrees in political science and law in the 1960s.

Mr Coats also served as the US ambassador to Germany from 2001 to 2005 in between his terms in the Senate.

Who is his replacement?

A prominent supporter of the president and his policies, Mr Ratcliffe has served as the congressman for Texas’ 4th District since 2015.

Mr Trump said Mr Ratcliffe was a “highly respected congressman” who “will lead and inspire greatness for the country he loves”. 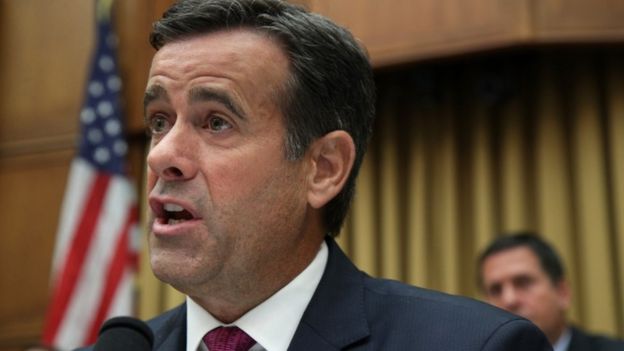 Image caption: John Ratcliffe is set to be nominated to replace Dan Coats as director of national intelligence

Providing his nomination is approved, Mr Ratcliffe’s views are expected to chime with Mr Trump’s more often in his new role.

Last Wednesday, Mr Ratcliffe defended the president during the testimony of former special counsel Robert Mueller, who led a two-year investigation into Russian meddling in the 2016 election.

Mr Mueller said he had not exonerated Mr Trump of obstruction of justice, which formed part of his inquiry.

Mr Ratcliffe said the special counsel did not have the authority “to determine Trump’s innocence or to exonerate him”.