US lawyer charged with murder of wife and son 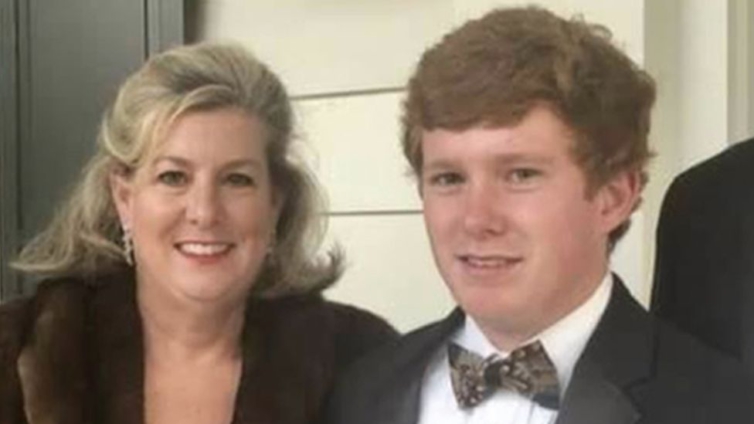 A prominent US lawyer has been charged with the murder of his wife and son, the latest twist in a murky saga that has already seen Alex Murdaugh accused of faking his own death as well as dozens of other crimes.

Maggie Murdaugh, 52, and son Paul, 22, were shot and killed outside their home just over a year ago. The now-disgraced lawyer reported finding their bodies on the family’s sprawling estate in South Carolina.

“I’ve been up to it now,” authorities say Mr Murdaugh told police dispatchers in a 911 call. “It’s bad.”

The 54-year-old – who is already in jail and facing a litany of criminal charges – denies any involvement in the deaths.

According to an indictment handed down by a grand jury in South Carolina’s Colleton County – where the killings took place – Mr Murdaugh is accused of murdering the pair with a shotgun and rifle. He was also charged with two counts of possession of a deadly weapon.

If convicted, he faces 30 years to life in prison without the possibility of parole. Under state law he could also face the death penalty.

No further details were provided and it is unclear why police came to believe that he was the culprit more than a year after the killings.

“Today is one more step in a long process for justice for Maggie and Paul,” Mark Keel, the chief of the South Carolina Law Enforcement Division, said in a statement. He added that the charges followed 13 months of “day in and day out” investigation.

In a statement, lawyers for Mr Murdaugh once again denied his involvement. They said he wanted his family and the public “to know that he did not have anything to do with the murders of Maggie and Paul”.

The charges mark the latest in a series of tragedies for the family, who have long held power and influence in a small part of South Carolina. Over the course of three generations, Mr Murdaugh’s great-grandfather, grandfather and father all served as the top prosecutor for a rural region of the state.

After the killings, the family’s law firm, which was founded more than a century ago, accused Mr Murdaugh of stealing millions from the business and he was forced to resign.

Prosecutors also allege that, just three months after his wife and son were killed, Mr Murdaugh organised a botched attempt on his own life so that his surviving son could collect $10m (£8.4m) in life insurance payments.

Officers found him with “superficial wounds” to his head after he was shot on a roadside on 4 September. Initially, his lawyer had claimed he was attacked by an unidentified assailant while changing a tyre.

The story fell apart several weeks later after Mr Murdaugh was accused of – and admitted to – plotting his own death.

The charges from the staged murder attempt resulted from one of at least half a dozen investigations into Mr Murdaugh’s life in the chaotic months following the deaths of Maggie and Paul. Ultimately, he would also face charges for insurance fraud, theft, lying to the police and other crimes.

The most recent charges, filed last month, accuse him of involvement in a money-laundering and prescription drugs ring alongside the man charged with shooting him. Authorities allege that he wrote more than 400 cheques worth $2.4m, but kept some of the money for use in other illegal activities.

A court date has not yet been set for Mr Murdaugh to appear. His legal team, however, said they would file a motion for a speedy trial.