Usher opens up on marriage, divorce and his kids 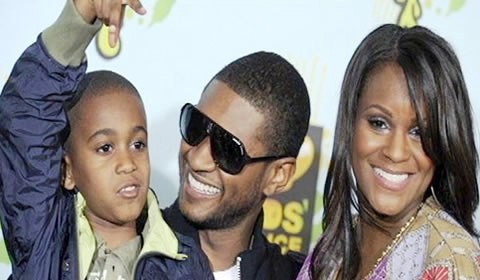 If you missed Oprah Winfrey’s interview with Usher on Sunday for “Oprah’s Next Chapter,” you might’ve missed the only time Usher willingly opened up about his tumultuous separation from his former wife, Tameka Foster.

The 33-year-old superstar spoke to Winfrey about his doubts ahead of marrying Foster in 2007, why he decided to move forward with matrimony, and what led to his filing for divorce in 2009.

Part of his decision to marry Foster, Usher told Winfrey Sunday, was a sense that it was “the right way to do things.” Foster was pregnant with their son, Usher Raymond V, and, “really, I wanted to do things right,” Usher said. “Or at least the perception of what right may be. I impregnated this woman, we were in a relationship, we were in love, so I felt like, this is the right way.”

However, he said, “I always felt like maybe we weren’t ready. Maybe this wasn’t the time or the way to do it. Part of that, I think, played into the demise of it.”

Their planned celebration was scrapped in favor of a more private exchange of vows amidst plenty of backlash from those who didn’t support his decision to wed.

He did love Foster, Usher said, but the writing of their eventual split was on the wall before their second son, Naviyd, was born at the end of 2008.

“When we had Usher, it was by far one of the most incredible moments of my life, I couldn’t have been more happy,” Usher said. “After that, I did get a great sense of the insecurities that were there, and she wasn’t coping well being in this position … being married to Usher, and all that came with that, I guess.”

Even disregarding for a moment the stress being married in the limelight can bring, Usher pointed to other issues in their relationship.

“It’s hard being married and working the way that I work, period. It’s hard being in that position and wanting to make someone happy, and there not really being anyway that you ever can, because they’ve got their own s*** they’ve gotta deal with,” he told Winfrey. “I didn’t know how to balance it, it was obviously too much for me. I didn’t want to get to the point that I would cause myself harm or do something that I felt like would be harmful to me. … It didn’t work out.”

And was he faithful? Short answer: “No.”

The longer answer the “Climax” singer gave Winfrey was that “towards the end of our marriage, I found myself lost, and I just wanted out. … I was faithful at heart, but not faithful all the way.”

The controversial former couple have been embroiled in a messy custody dispute that resulted in a judge granting Usher primary custody at the end of August. Along the way, Foster’s accused the singer of being an absentee father.

“Absentee from the aspect of having to go and work, that probably would be her version of what absentee would be. But no, I’m not an absentee father at all,” Usher told Winfrey. “I was born to do what I’m doing as a dad. And I realized that once I had a child. When I had them, that’s when they became a priority. It wasn’t because of this case.”