Video: My mom and I were abandoned by my father ”“ Nsromma star 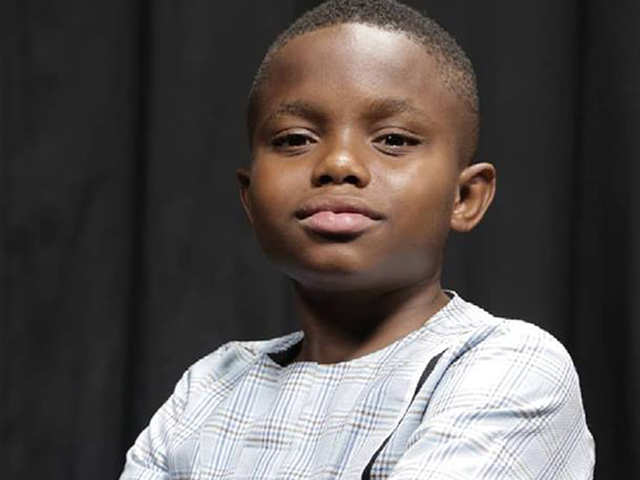 First runner up of the first edition of Adom TV's reality show, Nsromma, Nhyiraba Gideon, has disclosed his father abandoned him and his mother after his birth.

The 12-year-old who got featured on gospel songstress Celestine Donkor's latest single 'Agbebolo' meaning 'bread of life’ told Joy News' MzGee the lyrics of the song tell how Jesus Christ sustained him as a child from a poor background with no fatherly love or protection.

"This song talks a lot about me and I think it will also talk a lot about you too. I'm not from a very good background but still, the Lord has brought us far. Daddy run away after giving birth to me, I was left with mummy who is a trader," he said.

Nhyiraba Gideon who describes the opportunity to sing alongside Celestine Donkor as a "great privilege" also added, he is not perturbed about the absence of Dad.

When MzGee asked if his current status has given his father reasons to locate him, Nhyiraba said: "no, I haven't but I feel normal."

DISCLAIMER: The Views, Comments, Opinions, Contributions and Statements made by Readers and Contributors on this platform do not necessarily represent the views or policy of Multimedia Group Limited.
Tags:
Nsoromma
star
Video