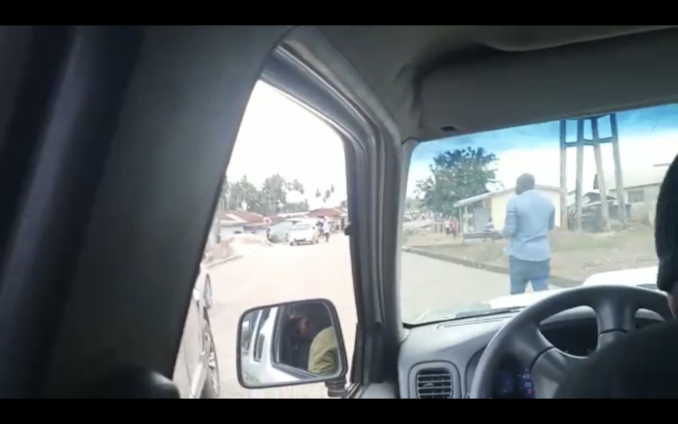 A video making rounds on social media show men believed to be involved in illegal mining in a gun battle with authorities at Asam Tamfoe.

Although the details of what led to the scary shooting are unknown, men wielding firearms could be seen in the video shooting at some individuals.

One Twitter user alleged that the gunshots were between Galamsey Taskforce and ‘galamseyers’.

Gunshots between Galamsey Task force and galamseyers .
Is and will this fight be won by Nana Akufo-Addo after all we heard that party hia sika from top officials of Nana Bawumia led NPP gov ?
Asem Seb3 #GoodMorningGhana #JoySMS #AMShow #JohnniesBite #PHK #CitiCBS @gyaigyimii pic.twitter.com/wM5TLJhU6h

Meanwhile, the police have arrested 16 suspects over a shooting incident.

A statement from the police said, “one pump action gun, two excavators, two water pumps and a battery” have been retrieved.

“Efforts are underway to arrest the remaining suspects and retrieve any other weapons in their possession,” the statement said.

According to the police, the viral video of the shooting incident is being reviewed as part of an investigation to bring the perpetrators to face justice.

DISCLAIMER: The Views, Comments, Opinions, Contributions and Statements made by Readers and Contributors on this platform do not necessarily represent the views or policy of Multimedia Group Limited.
Tags:
Galamsey