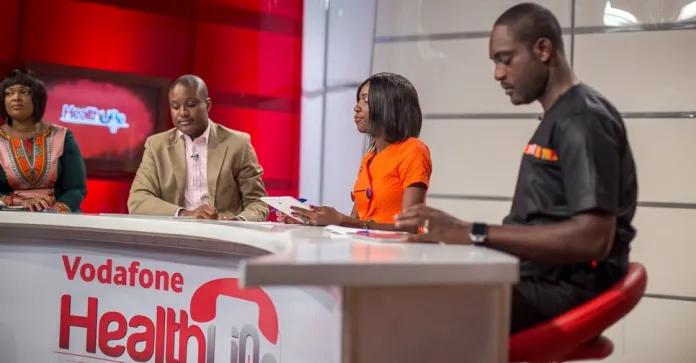 In the fifth episode of the 10th edition, of the healthcare initiative of Vodafone Ghana Limited, Vodafone Healthline, has paid for a boy in Asokore in the Ashanti Region, to undergo a successful surgery after being unable to pass stool since he was born.

Charles Dwamena, 7, was discovered by a community health nurse paying a routine visit to his mentally challenged mother.

His grandparents, whom he lived with, said his condition was considered to be a traditional illness so they resorted to traditional remedies.

“He could go two weeks without passing stool so we had to induce it using a syringe,” his grandfather said.

They however realised one day Charles’ stomach started to bulge out slightly.

Charles was then rushed to a hospital in Efigyaase but doctors there couldn’t remedy the situation either.

The family was finally referred to the Okomfo Anokye Teaching Hospital where young Charles was diagnosed with Hirschsprung disease, a disease involving missing nerve cells in the muscles of part or all of the large intestine (colon) that causes difficulty in passing stool, which required surgery.

Taken aback by the high cost of the operation, the nurses and the family lobbied for funds and were able to raise only ¢800.

“I was disheartened I didn’t know how to come by the funds. We however can’t thank the doctors at Okomfo Anokye enough. They footed most of our earlier bills” Charles’ grandfather added.

It was at this time that Vodafone intervened. The family expressed their deepest gratitude and appreciation to Vodafone for coming to the aid of young Charles

A Physician Specialist, Dr Isaac Adomako also turned the episode’s focus on educating viewers on vaccination and its benefits.

He said Vaccination is one type of immunisation adding that a person could be naturally vaccinated where the person becomes vaccinated after being infected by the disease or artificially vaccinated by the introduction of tampered cells into the body.

Dr Amoako said that although the COVID-19 followed the same process, it was safer for people to get the shots than rely on getting naturally vaccinated.

“There may be people who have gotten Covid- 19 and now have developed antibodies whose protection may be similar to those with injected vaccines, but because it is not in a controlled setting so it is better to air on the side of caution and that is why we don’t emphasise it so much” he explained.

Discussing the timeline of vaccines, Dr Amoako said that even though COVID-19 vaccines did not go through the normal long periods of testing, they were approved for use because they passed the most important stage which is being efficient against the disease with minimal side effects.

The hosts and her panellists also quashed the misconception that slim people are malnourished.

They explained that being slim is determined by many underlying factors including genetics adding that just because a person is slim doesn’t mean they are deficient in nutrients.

At the end of the episode, General Practitioner, Dr Kwekuma Yalley gave a historical perspective of the origins of vaccines and how they evolved over the years.

Fremah Asiedu, the host also educated viewers on the benefits of cloves.