Volta NDC is formidable and poised for victory in 2020 – Ablakwa 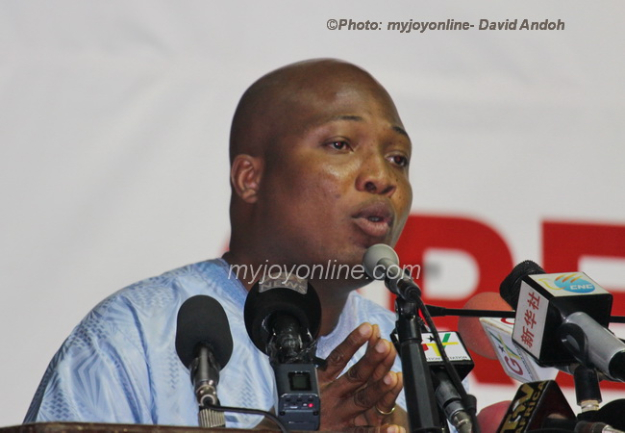 Member of Parliament (MP) for North Tongu and Chairman of Volta Regional Communication Committee of the National Democratic Congress (NDC), Samuel Okudzeto Ablakwa on Saturday said the party “is formidable and poised” for victory in the December elections.

He said contrary to claims that there are factions in Volta NDC, “we are rather more united and working in tandem with all stakeholders to rescue the country from the economic hardships.”

Mr Ablakwa said the readiness was evident in recent ratings of MPs where MPs from the region picked top positions with some winning international awards.

He said the region should be proud of its representatives in Parliament because they (MPs) were working in the interest of the people saying, it took the vigilance of Volta Caucus to detect the omission of critical road projects in Volta from the 2020 budget for redress as well as other issues of concern to the region.

The MP, who was addressing a press conference by the Party at the Volta Press Centre, Ho, debunked claims that the NDC had taken the region, considered its “World Bank” for granted, and said the NDC government championed more developmental projects in the region than the New Patriotic Party.

The establishment of the first public university in the region, construction of critical roads, rural electrification and water projects among others, he said, were not trumpeted as the NPP would have done.

Mr Ablakwa said unlike the NDC, the NPP is struggling to redeem its campaign promises of 1 District-1 Factory; $1 million per constituency; and the Keta Project amongst others and have “succeeded in abandoning ongoing projects notably, the Eastern Corridor Road.”

He asked Ghanaians to rely on the NDC to take them out of the “difficult times” as former President and Founder of the NDC Jerry John Rawlings did, “taking Ghanaians out of the twin disaster of drought and fire” which resulted in grim famine in the early 1980s.

Mr Rockson-Nelson Etse Dafeamekpor, MP for South Dayi, said the current government has failed to tackle corruption adding that well designed policies have been developed by the NDC to protect the country’s purse.