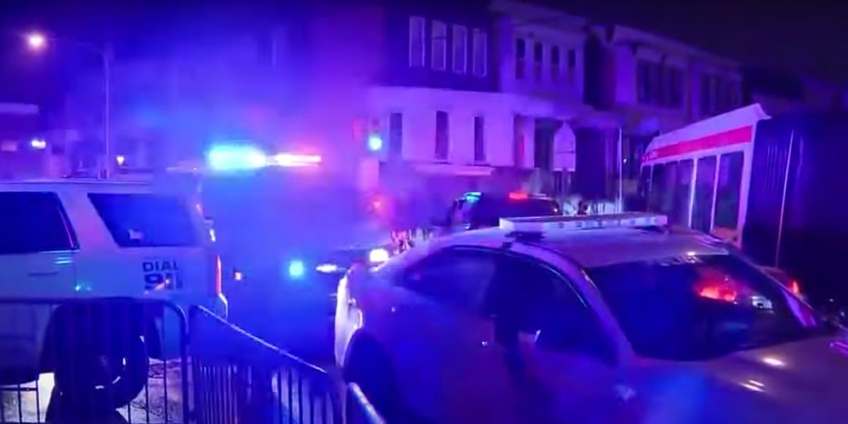 Protesters took to the streets in Philadelphia overnight Monday (Oct. 26) after police officers gunned down a 27-year-old mentally ill man from several feet away. His mother was seen on video pleading for officers not to shoot her son.  While the man was carrying a knife, witnesses say he was not attacking anyone.

The incident, which was caught on video, shows two police officers confronting Walter Wallace Monday afternoon while onlookers beg them to put their weapons down and his mother attempted to shield him from officers pointing their weapons. As the two officers back away from him, they open fire striking him multiple times. He was later pronounced dead at a nearby hospital. Neighbors were outraged after seeing the man being killed.

“I’m yelling, ‘put down the gun, put down the gun,’ and everyone is saying, ‘Don’t shoot him, he’s gonna put it down, we know him,’” witness Maurice Holloway told the Philadelphia Inquirer.

Wallace’s distraught father, Walter Sr, told the newspaper that his son had struggled with mental health problems and was on medication. “Why didn’t they use a Taser?” he said.

“His mother was trying to defuse the situation. Why you have to gun him down?” Sgt. Eric Gripp, a Philadelphia police spokesperson, said that the officers, whose names have not been released were wearing body cameras and that the department was investigating. They have been removed from street duty.

Into the evening, demonstrators shouting “Black Lives Matter” and “Say his name: Walter Wallace” moved to the nearby police precinct, angered over this latest incident involving police killing a Black person.

Protesters confronted officers who stood with riot shields and behind metal barricades. A throng of them moved into the University City area of Philadelphia where several businesses reported damage as a result. In one incident, a speeding truck reportedly ran over a police officer. Gripp said the officer, a 56-year-old woman was hospitalized with a broken leg and other injuries, according to CBS Philadelphia.

About 30 officers were allegedly treated and released after the protests, officials say. Meanwhile, 30 people were reportedly arrested for various charges including looting, assault of officers and rioting.

In a statement, Philadelphia mayor Jim Kenny promised  “a full investigation. I look forward to a speedy and transparent resolution for the sake of Mr. Wallace, his family, the officers, and for Philadelphia.”

DISCLAIMER: The Views, Comments, Opinions, Contributions and Statements made by Readers and Contributors on this platform do not necessarily represent the views or policy of Multimedia Group Limited.
Tags:
Blackman
Philadelphia
Walter Wallace