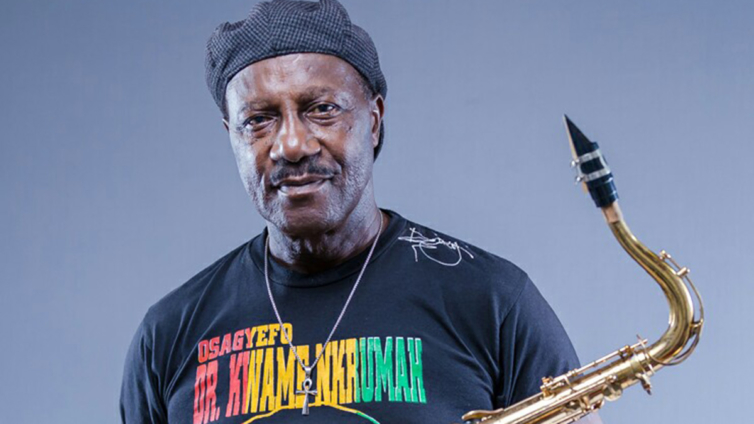 Highlife legend, Gyedu Blay Ambolley, has described Ghanaian creatives especially musicians as pacesetters who have no business sounding like Nigerians as they ply their trade.

He believes young Ghanaian musicians in recent times are sounding too much like Nigerians; making it difficult to tell the difference.

This he says is gradually resulting in them losing their identity.

In the last few weeks, some Ghanaian artistes have been riding a wave of success with their songs trending not only in Ghana but in Nigeria and other countries on the continent.

The artistes include Camidoh and Kelvyn Boy whose songs, Sugarcane and Down Flat respectively are not only bringing them recognition but have put the spotlight on the country.

Raising his concerns to Graphic Showbiz Ambolley said some of the new crop of musicians sound so much like Nigerians and that does not bode well for our industry.

“We don’t have to sound like the Nigerians to be heard. We are the pacesetters; the Nigerians came to Ghana to learn from us so why do we rather copy from them now.

“Even with movies they used to come to NAFTI to learn from us, so how come we are now copying them? We need to sit up. When he was alive, Nigeria’s Fela Kuti kept saying if one wanted to learn good music, one must come to Ghana.

“The young musicians are too used to computer sound and it is about time some of us sat them down and taught them the right way,” he said.

Ambolley suggested that seminars and fora must be organised to teach young artistes about authentic Highlife music.

“Other great musicians and I can join hands to help these young ones. Enough of the Dancehall and Afrobreats. If it’s working for the Nigerians, it does not mean we should copy from them. We have our own identity and that is what we should build on,” he stated.

Artiste manager, Frank Agyekum, also advised young artistes not to follow the masses and as a result, move away from the Highlife we are known for.

“I know the young musicians will say the Nigerians have the market and if it’s working for them, then they will toe the same line but we need to know where we belong.

“We need to believe in what we have but as it stands now, how many artistes are doing pure Highlife? Now, we believe in what the Nigerians are selling to us and we are gradually losing our own.

“Inasmuch as I don’t like what is going on, the youth of today seem to enjoy it because it’s their kind of music and the musicians feel it is working for them but we need to know where we are coming from,” he said.

Highlife musician, Kofi Nti, had in an earlier interview with Graphic Showbiz stated that it was now difficult to tell the difference between Ghanaian and Nigerian artistes because they all sounded the same.

Meanwhile, Afrobeats artiste Camidoh, who has been accused of sounding like a Nigerian, told Graphic Showbiz when contacted that so long as it was working for him, he had no problem.

According to him, he had been sounding this way since 2018 when he entered the industry and does not know why people have issues with him now.

“I have been sounding this way since I came into the industry. From Mariah to my latest song Sugarcane, that is how I have sounded and I haven’t changed from that. Ghanaians expect that they hear a lot of Twi in the songs I do and if that does not happen, they get somehow disappointed but this is me.

“We can’t all sound like an old Ghanaian when doing music. Music has evolved, Afrobeats is the movement now. Plus, I have been in the industry for long and I know what people want. I have written songs for Irene Logan, Kofi B, among others,” he stated.
Former Manager of Dancehall artiste Stonebwoy, Blakk Cedi, who spoke on behalf of Kelvyn Boy said Down Flat was doing magic.

“I have worked on many hit songs but Down Flat is working magic for us and if we have to sound like a Nigerian to breakthrough, why not? Nigerians have a big market and if you are able to penetrate, you are there.

“As we speak now, the song is doing magic in Nigeria and I don’t see anything wrong with sounding like them. Once your beat is on point and the people can relate to the song, you are through. Down Flat is going to do wonders in the coming months,” he added.