We expect him to win the league, he knows that – Togbe Afede on Slavko Matic 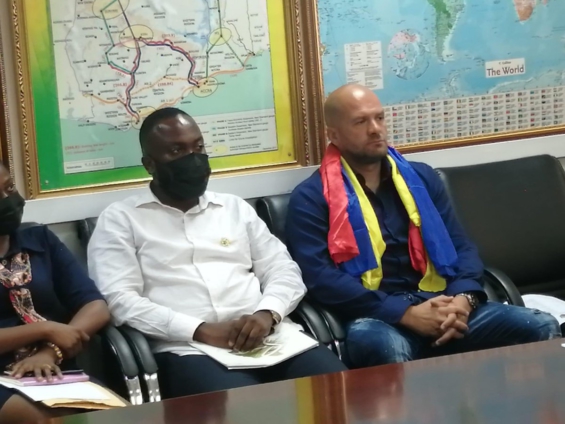 New head coach at Hearts of Oak, Slavko Matic has been charged with guiding Hearts of Oak to a 22nd Premier League title.

The Serbian was unveiled by Togbe Afede XIV, Executive Chairman at the club, during a press conference, and takes over from David Ocloo who was appointed as an interim solution after Samuel Boadu’s exit.

At the unveiling, Togbe Afede indicated, besides overseeing a successful league campaign, Matic and Hearts have set sights on repairing damage caused in CAF competitions.

“Matic was a player himself, and has played in big clubs and in fact derives his confidence from the fact he has had to play under a lot of pressure during his playing days. So he comes to us with the experience of a player and coach. When he arrived at Hearts of Oak, he was very thrilled because he sees the club to be a high-pressure environment, one that he thinks he’ll thrive in best.

With the Ghana Premier League still on suspension, it is still unknown when Matic will take charge of his first Premier League game as Hearts boss. Meanwhile, the Phobians will start their FA Cup defence after the conclusion of the preliminary round.

DISCLAIMER: The Views, Comments, Opinions, Contributions and Statements made by Readers and Contributors on this platform do not necessarily represent the views or policy of Multimedia Group Limited.
Tags:
Hearts of Oak
Slavko Matic