We must insist on writing Ghana's history ourselves - Tsatsu Tsikata - MyJoyOnline.com

We must insist on writing Ghana’s history ourselves – Tsatsu Tsikata 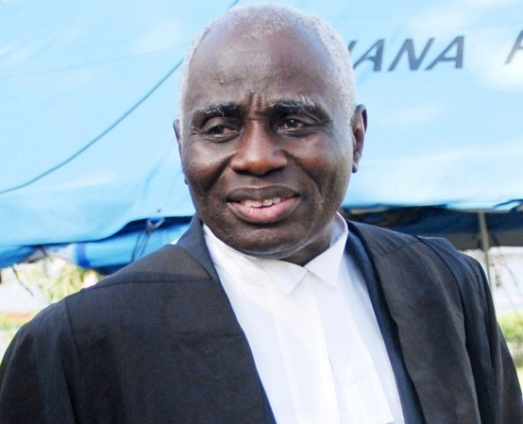 Legal luminary Tsatsu Tsikata says the only way to prevent certain groups of people from rewriting the country’s history would be for Ghanaians to write the history themselves.

He said this could be done by writing and speaking the truth concerning Ghana’s past and to further imbibe the knowledge into the younger generation for them to be able to recognise the truth from any distortions.

He made these comments in a zoom conference organised by the Centre for Social Justice dubbed; ‘The Rawlings – Mills Axis of the NDC and President Mahama’s Choice of Running Mate’.

The comments were in response to a question on the decision to drop July 1 no longer being a National Holiday and instituting August 4 as a Founders’ Day Holiday.

According to Tsatsu Tsikata, “Ghanaians have actually lived and experienced their own history so if somebody suddenly decides that 1st July 1960 is no longer significant; I don’t think they’re taking it like that.

He said: “I think people recognise the fact that the date on which we became a republic for the first time on a motion that was seconded by the predecessors to the current NPP tradition after it had been moved by President Nkrumah.

“That day is going to be acknowledged and celebrated in the hearts and minds of people regardless of whether it is being acknowledged as a holiday or it’s just being said to be a celebration.”

According to him, though the other members of the Big Six played significant roles in Ghana’s struggle for independence, these members did not achieve what Nkrumah had achieved and thus cannot be placed on the same pedestal as him.

“Now when you take August 4th which we are being asked to commemorate because some people gathered in Saltpond as the UGCC and so on. We also know what that history represents.

“The UGCC consisted of people who indeed were really solid nationalist figures in their time and who were very key to bringing on board Kwame Nkrumah himself as one of them, and as a result gave Kwame Nkrumah the prominence that he eventually used to take off with his own verandah boys party.

“But the reality is simply that Kwame Nkrumah took off from that and led a new movement; the Convention People’s Party which then took us into independent republican Ghana.”

He added that, “The reality again for us as Ghanaians is that we can recognize that Kwame Nkrumah was not just a figure of Ghana’s history Kwame Nkrumah was an African giant and nobody in the Big Six apart from Nkrumah comes anywhere close to reaching that status.

“Now that is not to diminish any of the others because they had their roles in their time and their context.”

He, however, advised political parties to avoid manipulating the country’s history but to give reverence to whom they believe deserves it against others and rather face reality.