We need to set standards for Kenkey – GSA Director-General 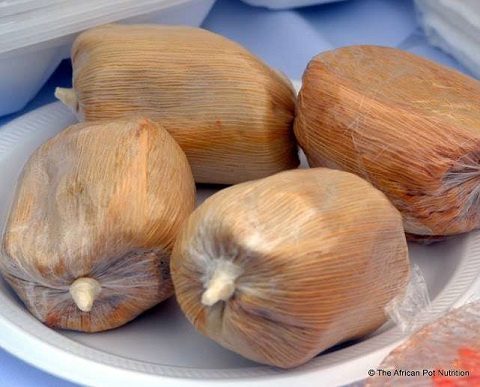 The Director-General of the Ghana Standards Authority (GSA) has revealed that the country does not have a set standard for Kenkey, one of the most cherished food for the Ga people, in the market.

Professor Alex Dodoo while on JoyNews’ PM Express Business Edition stated that the kenkey being sold in markets weighs 400g. He described that as a matter of concern that required rectification.

According to him, farmers are being cheated as a result of no standards.

“So far, the Kenkey we have in Ghana is 400g and it is a problem. We need to set standards for Kenkey in Ghana,” he said.

Interacting with host, George Wiafe, he stated that the GSA has in the past been unable to undertake such an initiative to set the standard for kenkey due to an informal sector, he said, that lacks skills.

“We do not have the skills. It is a problem for our economy, digitization, and formalization. Has the Authority lived up to what it should have done? My answer is to the extent that the market is not formalized, we haven’t lived up to our mandate in that respect,” he added.

However, he noted that steps are being put in place to have the issue resolved.

Prof. Dodoo mentioned that “We have said market women talk to us and I’m glad that they are now pushing us.

“The start of any standard excise is voluntarism because if you push the market, people will resist and we are dealing with people who are at the lower end of the scale.”

He stated that requirements were developed for Ghana Cocobod and were made available to the public for persons able to supply those scales to do so.

“They spent nearly 9 months before we agreed on the requirements but we had extra requirements which we told Cocobod,” he added.

DISCLAIMER: The Views, Comments, Opinions, Contributions and Statements made by Readers and Contributors on this platform do not necessarily represent the views or policy of Multimedia Group Limited.
Tags:
Ghana Standards Authority (GSA)
Kenkey
Professor Alex Dodoo