We regret doing a diss song for Kwesi Arthur – DopeNation 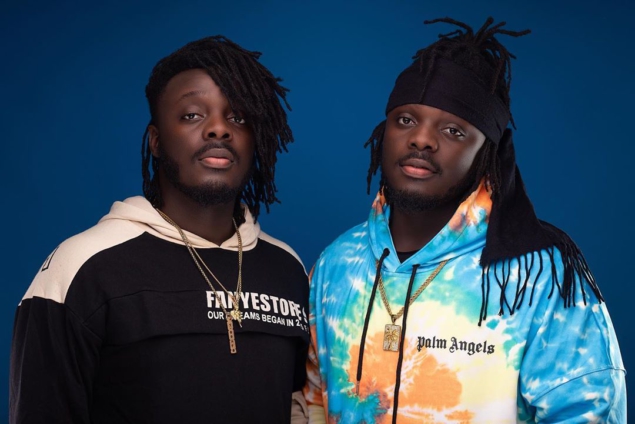 Musical group DopeNation has rendered an apology to industry mate Kwesi Arthur after recording a diss song directed at him.

The duo released a diss song titled ‘Chairman’ following a misunderstanding with the ‘Grind Day’ hitmaker some months ago at an event.

The beef song was borne out of an incident that happened at the SRC Night of Ghana Telecom University.

It is reported that one of Kwesi Arthur’s team members obstructed DopeNation from mounting the stage to perform, and a microphone taken from one half of the duo and given to Kwesi Arthur to perform.

According to DopeNation, the incident was grossly disrespectful.

Speaking to Andy Dosty on Daybreak Hitz, the ‘Eish’ hitmakers revealed that the diss song was recorded to send a message to Kwesi Arthur and was not personal.

The also mentioned that they have regretted their actions and are ready to make peace with Kwesi Arthur.

“We regret doing the song. The main aim for recording the song was to send a message and it was for the culture.”

“If we get the chance to talk to Kwesi Arthur about doing a song together we would because it’s about preaching African music to the world.”

Watch This — Dopenation apologizes to Kwesi Arthur; regrets recording a diss song to the rapper. #DaybreakHitz