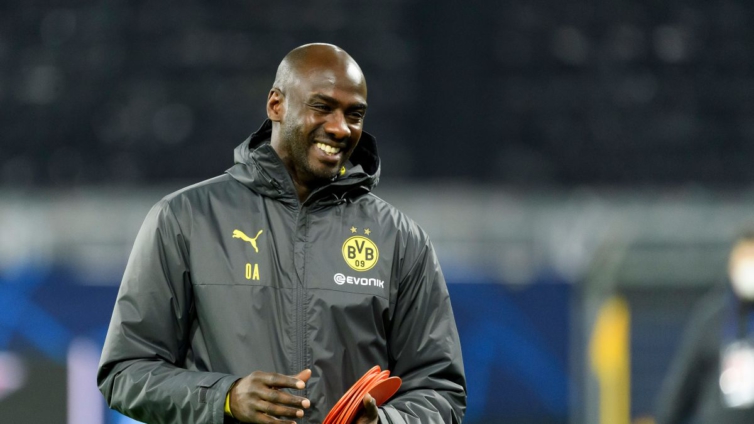 President Akufo-Addo has told Black Stars head coach, Otto Addo, Ghana will not relent in its efforts to secure his services permanently.

The President gave the assurance during a phone conversation with the head coach on Tuesday. He called to congratulate the Black Stars on their victory over Nigeria, which enabled them to secure a spot in the 2022 World Cup tournament.

The President told the coach, “well done. When you come back here, we are going to kidnap you. We are not going to allow you to go back to Dortmund. So, be very careful when you are entering because you might not be able to leave Ghana again.”

According to President Akufo-Addo, who turned 78 on March 29, there could have been no better birthday gift aside from Black Stars’ victory.

“It is the best possible birthday present I could have had. The news of your qualification for the World Cup is excellent. The whole country is so happy.”

President Akufo-Addo, therefore, requested that his congratulations be sent to the technical team and the entire players, especially captain Thomas Partey.

Midfielder Thomas Partey scored a goal for the senior national team in the 10th-minute of the game through a thunderous strike from outside the penalty box to give Ghana the lead.

However, William Troost-Ekong equalised. The game ended 1-1. However, Ghana qualified on the away goal rule.

Meanwhile, President Akufo-Addo has announced his willingness to meet the Black Stars once they touch down.

Black Stars arrived at the Kotoka International Airport following their qualification to the World Cup on Tuesday evening.

Also, many congratulatory messages have flown in since the victory. Andre Dede Ayew expressed his excitement in a tweet.

Speaker Alban Bagbin, in a press statement, also said, “the joy that the team brought us on Tuesday evening is very refreshing, and I commend them for a good job done. I trust that the Black Stars will be successful in their subsequent matches to bring glory to our country.”

As Ghanaians were jubilating, Nigerians were mourning their loss. However, some fans outdid their wailing as they stormed the Moshood Abiola Stadium in Abuja, where the playoff took place.

They vandalised whatever property they could lay their hands on and sought to attack Nigerian players, CAF officials, Black Stars, and supporters.

It was a chaotic scene and the security present resorted to throwing tear gas to disperse the crowd.

According to JoySports journalist, George Addo Junior, Ghanaian journalists at the stadium were taken to a safe location.

Many have called for sanctions against Nigerian fans’ inappropriate action after the defeat.

The African teams booked for the 2022 FIFA World Cup include; Ghana, Senegal, Morocco, Tunisia and Cameroon.