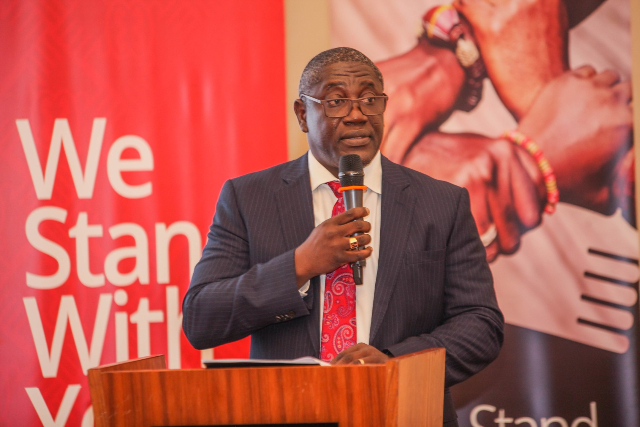 Management of Consolidated Bank Ghana (CBG) says the bank is ready to commence full payment of funds to depositors of collapsed microfinance, microcredit and savings and loans companies.

The full payment of funds, which takes effect from Monday was announced by the President in his 4th State of the Nation Address (SONA) last Thursday.

In his address to Parliament, President Nana Addo Dankwa Akufo-Addo said his government has made arrangements to pay all depositors of failed financial institutions, including customers of defunct microfinance company, DKM.

He stressed that the government has made available an extra ¢5 billion to pay affected depositors, 100% of their deposits.

Confirming the President’s statement, Managing Director (MD) of CBG, Daniel Wilson Addo, indicated that government has made available to CBG a combination of cash and bonds totalling about ¢5 billion to fully settle outstanding depositor claims.

To ensure that the affected customers are well served, there are clear modalities, he explained. According to him, the Bank will start by first paying depositors whose claims have already been validated.

He, therefore, advised depositors, whose claims are yet to be validated, to exercise patience. He assured them that their claims will also be paid as soon as the validation is completed by the Receiver.

He said SMS will be sent to depositors when their payments are due by the Receiver, adding that there was no need for them to go to the banking halls if they have not received notification by SMS, to come for their funds.

Explaining the modalities for the payment of the outstanding depositor obligations, Mr Addo, said, “based on information to be provided by the Receiver on depositors, CBG will open new accounts for all depositors whose claim(s) have been validated and agreed in the receiverships of the resolved companies, and the SMS messaging that will be sent, will communicate the account number and the amount due each depositor”.

The CBG MD added that depositors can access their funds at any CBG branch, “but should come along with valid national identification documents such as a Driver’s License, Voter’s ID card or Passport”.

Corporate depositors will, however, be fully settled through a combination of cash and bonds.

The Bank assured the affected depositors that it will continue to work with the Receiver to validate the remaining claims and will communicate the status of depositor claims submitted within the claim deadline period.

The MD said every effort will be made to pay all depositors and urged them to cooperate with the bank for a smooth and successful payment process.

“We will treat the depositors as our customers and give them the best of service as we stand with them throughout the entire process.”, the MD stressed.