What does the future hold for Atsu as he bids farewell to Newcastle after 5-year stay? - MyJoyOnline.com

What does the future hold for Atsu as he bids farewell to Newcastle after 5-year stay? 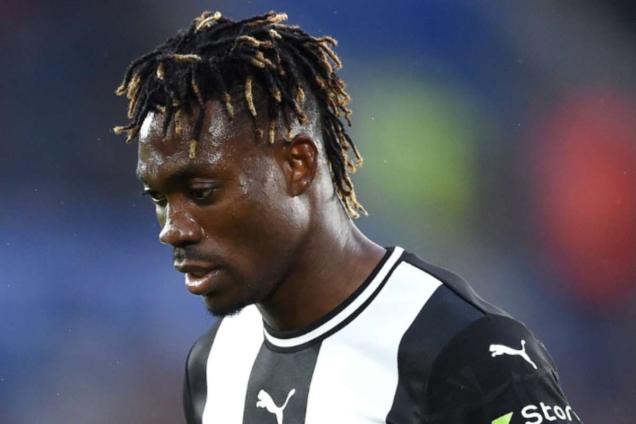 Christian Atsu has said his final goodbyes to Newcastle after his five-year stay at the St. James’ Park officially comes to an end.

In a social media post, the Ghanaian said: “Thank you to my Geordie staff, players and fans, it’s been a pleasure!” after his contract expired.

Atsu joined Newcastle from Chelsea for a reported £6million fee in 2016 and made 121 appearances for the Toons.

Play time for the 29-year old has been limited with the club opting not to renew his contract.

The winger leaves Newcastle having helped the club gain promotion by winning the Championship in his debut season.

The story so far

Atsu was a very consistent member of the Newcastle team after they were promoted to the Premier League.

He averaged 28 Premier League appearances in the next two seasons as Newcastle finished 10th and 13th.

During the 2019 Africa Cup of Nations, Atsu picked up a hamstring injury against Cameroon and was ruled out for the rest of the tournament.

Due to the injury, Atsu couldn’t start the season with Newcastle and essentially lost his place.

Competition for places increased with the signing of Allan Saint-Maximin, Ryan Fraser and Miguel Almiron.

Though Atsu returned to fitness, he was limited to just 19 Premier League games in the last two seasons.

The player stayed and was eventually relegated to Newcastle’s Division II side where he played six games, scored one goal and assisted two.

Where next for Atsu?

Officially a free agent, Atsu can sign for any club.

Celtic have been long-time admirers of the 29-year-old as they expressed interest to sign him on two ocassions last year.

Rangers also reportedly looked like a good destination for the winger as Newcastle tried to offload him last year.

Having played for Newcastle, Everton and Bournemouth, Atsu will prove to be an astute signing for an English club.

Watford, who just gained promotion to the Premier League were interested in Atsu last season. Signing him for free could be a bargain for the Hornets who will need experienced squad players.

Nottingham Forest were also linked to Atsu last summer and could ignite their interest.

There is also a wildcard option of Atsu returning to Ghana as he nears the the twilight of his career.