What the law says: Use of guns, riotous behaviour – Case of Shatta Wale, Stonebwoy 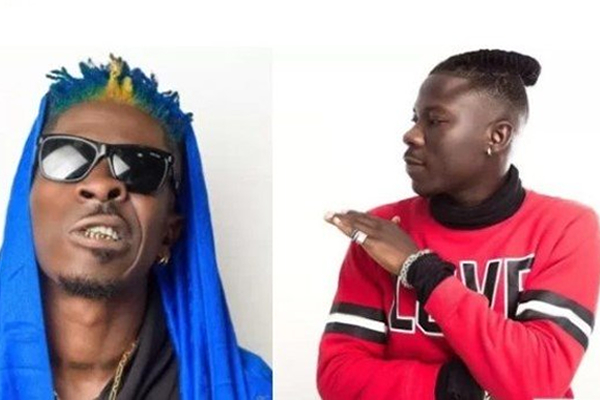 The 20th edition of the Vodafone Ghana Music Awards (VGMA) was billed to be the climax of celebrating two decades of Ghanaian music. But that was not to be.

The brandishing of a gun and exchange of fisticuffs led to pandemonium which held up the ceremony for an hour, including some awards not being announced for security reasons.

The duo, who are currently assisting Police in investigations, have been blamed for their inability to control their supporters, leading to the fracas thereby endangering the lives of over 2000 patrons.

What is the position of the law on the above conduct?

The following are the perspectives of a private legal practitioner, Samson Lardy Anyenini on the subject.

The law on arms and ammunition in Ghana punishes culprits with up to ¢12,000 and/or plus up to five years in jail for breaching conditions of your license.

The law, it would seem prohibits what transpired on Sunday.

It commands that a “person shall not, except in accordance with the terms of a permit granted under this Act or with the prior written consent of the Inspector-General of Police, publicly display any arms or ammunition or discharge a firearm or any other weapon in a public place.”

It punishes these acts of displaying and/or discharging those instruments in public with the sanctions I have mentioned or by imposing up to three years jail for the violation. This, of course, is when the court finds one guilty.

The weapon may be seized and forfeited on the instructions of the interior minister. This is just for education.

I am also interested in knowing if the established VGMA protocol allows those guys to have walked up the stage to congratulate a winner?

If the police were stopping Shatta and his team from accessing the stage, as reported, and they forced their way up there, they could also be up for the offence of obstructing the police officers from executing their job.

This also attracts up to three years in jail if a court exercises the option of a custodial sentence instead of a fine.

If they take the view that the conduct amounts to the prohibited riotous behaviour and are successful in proving same in court, the accused is liable to up to 3 years in jail or may be made to pay a fine, sign a bond to be of good behaviour etc.

The punishment depends on the gravity of the prohibited conduct.

I have also sought to remind all of us that making derogatory remarks about persons with disabilities (PWD) for their disability is an offence punishable by a fine of up to ¢6000.00 and/or plus up to 3 months in jail. Let’s consciously show them love because this difficult life is extra difficult for them.

DISCLAIMER: The Views, Comments, Opinions, Contributions and Statements made by Readers and Contributors on this platform do not necessarily represent the views or policy of Multimedia Group Limited.
Tags:
Shata Wale
Stonebwoy