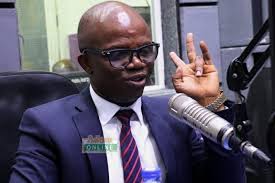 Speaking to Adom TV, following the delivery of the 2022 State of the Nation Address by President Akufo-Addo, Dr Stephen Amoah noted that such movies would be termed as “Ghana Chinese.”

Touting the accomplishment of the incumbent government, he said; “Government has built so many schools, the efforts are unmatched. The schools in Kumasi are 75 per cent complete. Today, if a Ghanaian wants to study film making – we are even going to produce Chinese movies. We call it Ghana Chinese. They will be studying that and we are doing it in Kumasi.

This former government never did that. They say their are social democrats but haven’t implemented any social policy. We implemented free SHS.”

While explaining the “Ghana Chinese” concept, Dr Amoah made it a point to give a vivid illustration of what Ghanaians are to expect. He accompanied his kung-fu moves with some sound effects – sounds kung-fu masters make when engaged in combat.

Some social media users who came across the footage were astounded by the skills of the MP.