Who ‘needs’ a receiver with HDMI connectivity? Not you 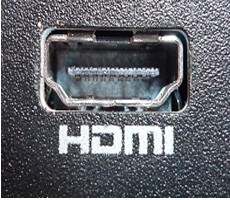 I get this question all the time, “I just bought a new TV, do I need to buy a HDMI receiver?” The short answer is no.

You can hook up your Blu-ray or cable box’s HDMI outputs directly to the TV, and run digital audio cables to your receiver, and live happily ever after.

Granted, you won’t be able to play Dolby TrueHD or DTS HD Master Audio soundtracks, just standard Dolby Digital and DTS audio you have enjoyed all these years. Some players, like the Oppo BDP-93 or ’95 internally decode TrueHD and DTS Master Audio and send them over their 7.1 channel analog outputs, so if you’re lucky enough to have such a player you won’t need a new receiver to access lossless soundtracks.

There’s one other little catch with the above strategy: when you switch sources, say from the Blu-ray player to your cable box, you will also have to remember to switch the input on the TV. The work around for this problem is, don’t use HDMI at all, hook up component video connections between the receiver and TV. Blu-ray component video connections max out at 1080i, as opposed to full 1080p resolution available over HDMI.

So back to the original question, “Do you ‘need’ a HDMI receiver?” The answer is still no, but today’s HDMI receivers are so cheap it might be the best plan after all. But if you already have a really nice old receiver and love its sound, a cheap and cheerful $300-$500 receiver will probably sound worse than what you have now. The new receivers are so loaded with features like auto-setup, GUI menus, AirPlay, iPod/iPhone/iPad compatibility, home networking, HD radio, Bluetooth, etc., that sound quality usually takes a hit.

If you have a great sounding receiver, upgrading your front left/right or center speakers (or subwoofer) will definitely make a bigger sonic improvement than a new receiver would. That’s an easy call–speakers make a far bigger difference than electronics ever do. So if you still want a receiver with the latest and greatest features, by all means, buy one. Just don’t feel that you have to.