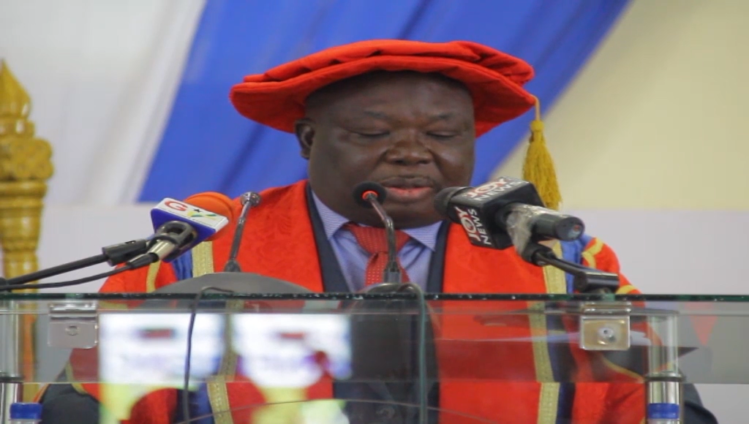 A High Court in Winneba ordered the reinstatement of the dismissed Vice-Chancellor (V-C) of the University of Education, Winneba (UEW), Professor Mawutor Avoke.

The Court, presided over by Justice Aboagye Tandoh, on February 20, 2022, also ordered the UEW to reinstate five principal officers of the University who were dismissed together with Prof Avoke in August 2018.

But speaking at the University’s graduation ceremony, the Chairman of the Council, Nana Ofori Ansah, stated that certain elements, including principal officers at the university, are working as saboteurs to derail the efforts of the University to have peace.

He stated that, “In spite of the effort by the government and the governing council to ensure lasting peace at UEW, some agents of the old acrimonious, chaotic era are still bent on maintaining that status quo by trying to frustrate the peace process and the road map.” Unfortunately, some of these saboteurs are suspected to be principal officers of the University who have vowed not to accept the ruling and the orders of the High Court in Winneba. They have decided not to cooperate with our reinstated colleagues.”

According to him, it is strongly believed that some of the saboteurs are using surrogates to fight the orders of the High Court at the Supreme Court. “It’s very unfortunate,” he said.

In his first speech to a graduation class since he returned, the reinstated Vice-Chancellor of the University, Prof. Mawutor Avoke, indicated that he is committed to continuing the work of his predecessors, however, he has ensured that all those who were wrongly transferred have been asked to come back.

The Vice-Chancellor stated how the University assisted some of its students that were involved in an accident on March 13, 2022.

The accident claimed six lives and injured several other students of the University. Prof. Avoke indicated that all the survivors have received treatment and returned to campus, with many of them receiving individual and group counselling as well as various forms of support to help them cope with the trauma.

The University, he indicated, has taken full responsibility of the medical bills of the affected students

DISCLAIMER: The Views, Comments, Opinions, Contributions and Statements made by Readers and Contributors on this platform do not necessarily represent the views or policy of Multimedia Group Limited.
Tags:
Prof Mawutor Avoke
University of Education Winneba