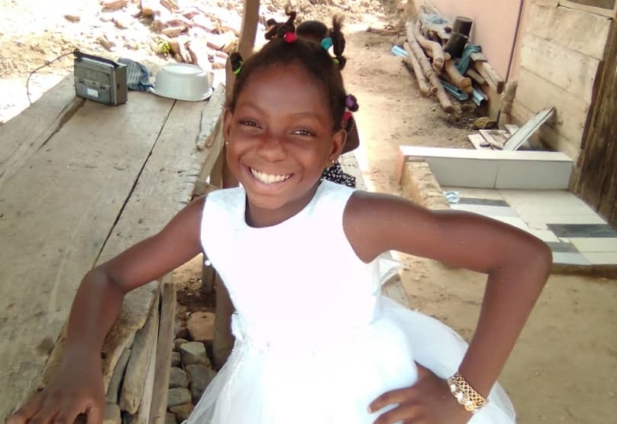 A man has shared the story of how his wife’s attempt to get rid of an unwanted pregnancy backfired, causing her to birth a physically challenged child who she would later abandon.

9-year-old Perpetual has been unable to walk since birth following a failed abortion attempt by her mother before she was born.

In an interview with Emefa Adeti on the Prime Morning show, Mr Victor Sarbah, father of Perpetual, recounted the horrifying story;

“Perpetual’s disability was caused by her mother’s actions. Her mother has a friend who has been aborting pregnancy for people and I was warning her not to be friends with that woman. She later got pregnant and experience a miscarriage. I asked her about it and she told me she fell down; not knowing, the friend had given her drugs to abort the baby”

“And when she was pregnant with Perpetual too, she took the drug again but it didn’t work this time around. So that’s how Perpetual has ended up like this; she was trying to abort her. The same friend ended up laughing at her for having a child who walks like a frog,” he narrated.

Perpetual’s mother, who sells waakye (rice and beans) for a living later divorced her husband due to the hardships they were facing. She left him with sole custody of their daughter.

“I returned from a prayer meeting one day, only to find her packing her stuff to leave. When I refused to let her take our children away, she said I should get ready to go to court. I chose not to fight her, so she took the first and third children, leaving one boy and Perpetual with me.

Mr. Victor Sarbah has been Perpertual’s sole guardian since she was 2 years of age.

DISCLAIMER: The Views, Comments, Opinions, Contributions and Statements made by Readers and Contributors on this platform do not necessarily represent the views or policy of Multimedia Group Limited.
Tags:
Birth disorders
Pregnancy