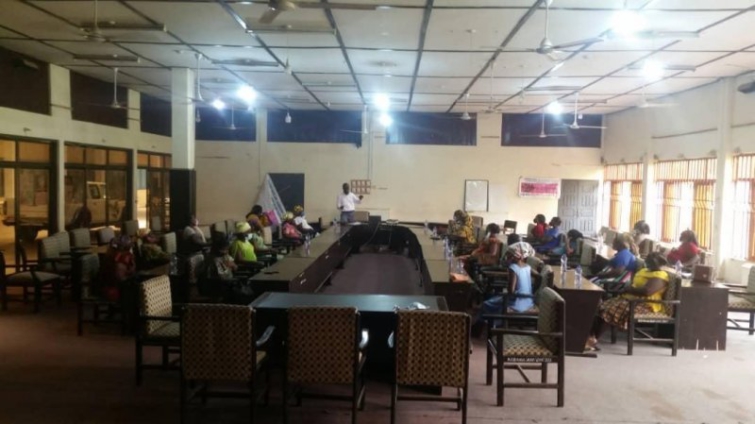 This, it said would help reach a larger consensus between traders and the Assembly to help strengthen the financial base of the Assembly.

The Budget Officer of the Assembly, Mr. John Kingsford Mensah made the call during a meeting with traders and Master Craftsmen to enlighten them on the essence of actively participating in national issues that had the tendency of positively affecting development.

Mr. Mensah said the Assembly engages traders, hoteliers, market Queens and leaders of Master Craftsmen to agree on a resolution to be presented to Assembly Members and the Member of Parliament on the amount to be agreed on.

The Assembly, he noted, could execute more development works like the building of classroom units, market structures with the effective mobilization of its resources necessary for the overall development of the Area.

“We also provide municipal works and services in the Municipality and are responsible for the improvement and management of every project we undertake”.

The Programs Officer of PEYORG, Mr. James Otchere noted that the program was the Organisation’s ‘Women’s voice and leadership project’ created to meet the needs of local women’s organizations in the Municipality.

He said the project put together by Plan International-Ghana, also an NGO, with focus on Gender and social Protection was being implemented by PEYORG with funding from the Canadian Government.

“The project is seeking to increase equality among women for them to have access and control resources in the non-formal sector by 30 per cent by the year 2022,” he stated.

A participant, Miss Ernestina Arthur, President of the Hairdressers’ Association in Komenda, urged the Assembly to consider the size of the Municipality, its standard of living and the kind of work of the women and Master Craftsmen do before reaching a definite toll fee.

She further charged them to make their invitations reach them on time so that they could plan ahead and attend the meeting.