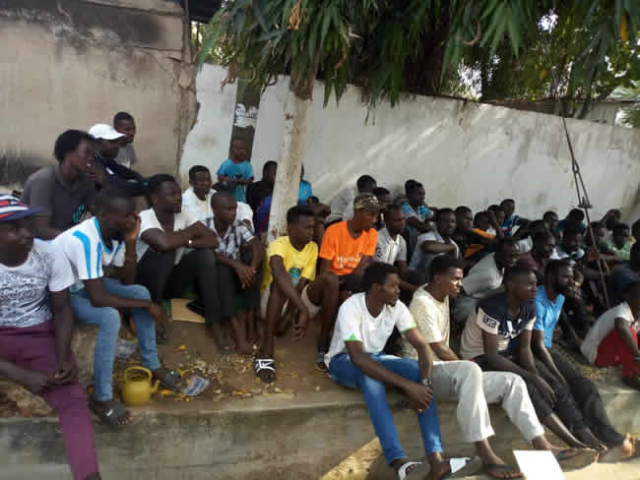 The number of people fleeing war, persecution and conflict exceeded 70 million in 2018, UN High Commissioner on Refuge (UNHCR) has said.

This is the highest level the UN Refugee Agency has seen in its 68 years of existence.

To put this in perspective, this is double the level of 20 years ago, 2.3 million more than a year ago, and corresponds to a population
between that of Thailand and Turkey.

The figure of 70.8 million is conservative, in particular as the crisis in Venezuela is still only partly reflected in this number. In all, some 4 million Venezuelans have left their country since 2015 making this among the world’s biggest recent displacement crises.

“What we are seeing in these figures is further confirmation of a longer-term rising trend in the number of people needing safety from war, conflict and persecution. Despite the increase in numbers in need of international protection, we are also witnessing an outpouring of generosity and solidarity, especially by communities who are themselves hosting large numbers of refugees.

“We are also seeing unprecedented engagement by new actors including development actors, private businesses, and individuals, which not only reflects but also delivers the spirit of the Global Compact on Refugees,” said UN High Commissioner for Refugee Filippo Grandi.

“We must build on these positive examples and redouble our solidarity with the many thousands of innocent people who are forced to
flee their homes each day.”

Within the 70.8 million figure in the Global Trends report are three main groups. The first is refugees, meaning people forced to flee their country because of conflict, war or persecution. In 2018, the number of refugees reached 25.9 million worldwide, 500,000
more than in 2017.

Included in this total are 5.5 million Palestine refugees who are under the care of the United Nations Relief and Works Agency.

The second group is asylum seekers – people outside their country of origin and receiving international protection, but awaiting the outcome of their claim for refugee status.

At the end of 2018 there were 3.5 million asylum seekers globally.

The third and biggest group, at 41.3 million, is people displaced to other areas within their own country, a category commonly referred to as Internally Displaced People or IDPs.

Overall growth in displacement continued to exceed the rate at which solutions are being found for people who become displaced. With refugees, the best solution is being able to return home voluntarily, in safety and dignity.

Other solutions include being integrated into the host community or being resettled to a third country. However, only 92,400 refugees
were resettled in 2018, less than 7 per cent of those awaiting resettlement.

“With every refugee situation, wherever it is, however long it has been going on for, there has to be an enduring emphasis on solutions and removing obstacles to people being able to return home,” said Grandi.

“This is complex work in which UNHCR is constantly engaged but which also requires all countries to come together for a common good. It is one of the great challenges of our times.”