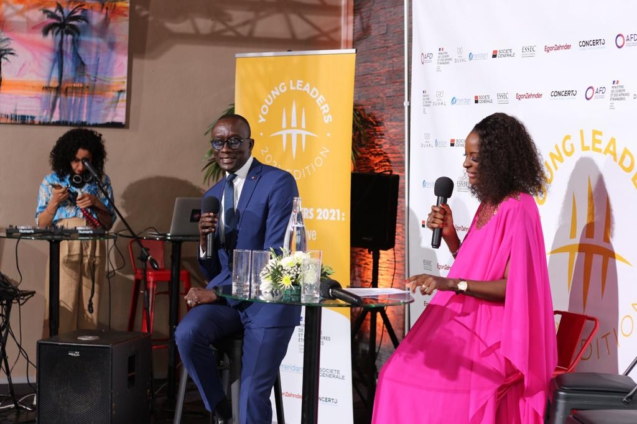 The Young Leaders of the French African Foundation has unveiled the 2021 class.

The composition of the new class of Young Leaders was made public during a ceremony broadcast live on social networks.

The 100 profiles, which respect strict parity, are notable for their sectorial and geographical diversity.

Selected from among nearly 3,000 Africans and French candidates, between 28 and 40, after a month-and-a-half-long recruitment campaign, these 100 laureates represent the rise of the programme and the values promoted by the Foundation.

After a selection process that involved an independent jury of public decision-makers and representatives of the business world, the details of the programme were unveiled at the end of a campaign marked by a large number of applications and a great diversity of profiles.

The selection stands out for its size, tripled compared to previous editions, its strict parity and the diversity of sectors of activity represented: public affairs, business, culture and media, and sports – a new feature of the 2021 edition.

This year’s class includes innovative sectors such as legal tech and entrepreneurship linked to environmental issues.

Of this year’s intake, 65 laureates are nationals and 35 are binationals, with the common feature of working across the two continents. In terms of numbers, apart from France, Nigeria, Benin and Senegal – this year’s host country – are in the top three, with 9, 7 and 6 winners respectively. The average age of the class is 34.5 years.

“This new class is a testament to the strength of Franco-African relations in the service of common challenges. It considerably strengthens the existing Young Leaders community. The number of laureates, the diversity and quality of their profiles, the importance given to female talent, the continental network ensured by geographical diversity are all assets at the service of the construction of a sustainable and inclusive common future”, says Alexandre Coster, Co-President of the French-African Foundation.

“Beyond the number of laureates, which has been multiplied by 3, the Young Leaders 2021 selection is an impressive class because of its enthusiasm and level of commitment to bring new solutions at the local, national and international levels. It is this transformative energy that our French and African societies need. The French-African Foundation, through the programme, is the catalyst of this energy”, underlines Khaled Igue, Co-President of the French-African Foundation.

Hosted by RFI journalist Diara Ndiaye, where the application dedicated to the Young Leaders’ community was introduced, was attended by around one hundred personalities.

Among them were partners of the French-African Foundation and members of the selection committee, such as Bertrand Walckenaer, Deputy Director of AFD, Thierry Déau, CEO of Meridiam, Philippe Lacoste, Director of Sustainable Development for the Ministry of Europe and Foreign Affairs, Cécile Carlier, CSR/Impact Africa Manager for Duval Group, Hassanein Hiridjee, CEO of Axian Group, Laureen Kouassi-Olsson, Founder of Birimian Ventures, Edem Kokou Tengue, Togo’s Minister for Maritime Economy and Young Leader 2017.

The closing speech was given by the Senegalese Ambassador to France, H.E. El Hadji Magatte.