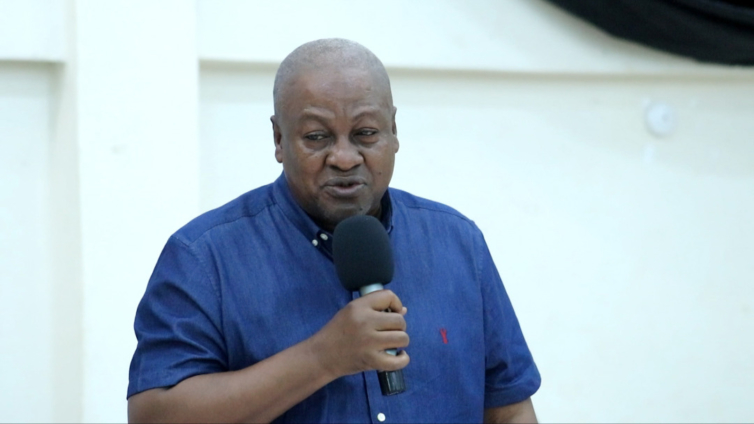 Former President John Dramani Mahama has criticised the Ghanaian media over what he describes as failure to probe the current government on matters of corruption.

He opined that under his regime, the media was very proactive in dealing with corruption-related issues, however, the same cannot be said for the current regime.

“BOST, Agyapa, PDS, missing excavators, and galamsey fraud with smoking-gun evidence have all been swept under the carpet. I recently heard the President talking about the names given to him by Ghanaians and sadly, he forgot to add the name ‘Clearing Agent’,” Mr Mahama said.

He juxtaposed the situation with what happened during his tenure when according to him, the media published all forms of falsehoods and propaganda against him.

“You made so much noise, and now you’ve all gone quiet. You’ve all been cowed, you can’t talk. There were all kinds of propaganda against me,” he said.

Among such accusations, he said were claims that he had misappropriated state funds into his personal account and that of his wife.

“They said Lordina and I have stolen 100 million dollars into a Swiss Account. How would you get access to that kind of money? World Bank money doesn’t come to Finance Ministry. It’s with the BoG, how do I go to them to ask for such money and transfer it to a Swiss account?” he quizzed.

He used the opportunity to state categorically that he does not have a Swiss bank account..

“I don’t have any foreign account anywhere, I have three bank accounts – ADB, Zenith, and Guarantee Trust bank. If you want to investigate me, investigate those banks, my money is all there.”

The former President made the assertions on Cape Coast-based Cape 93.3 FM.