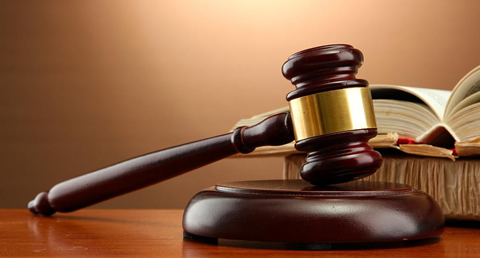 Two policemen who shot and killed a man at Kasoa in the Central region during a scuffle were put before the court this morning.

Corporals Issifu Tahiru and Samuel Boamah have also been interdicted by the Inspector General of Police (IGP) for their action.

The two officers went to the JVC Drinking Spot at Kosoa High Tension on Friday afternoon to celebrate the Farmers’ Day holiday.

DSP Irene Oppong, who speaks for the Central Regional Police said that a brawl broke out between the officers and some other customers, notable among them a 22-year-old man identified as Musah Mohammed.

Things got heated and one of the officers took his sidearm and shot at the young man, killing him on the spot.

There was chaos all over until police were sent to the scene to arrest the two officers and calm the situation down. They also retrieved a loaded gun with 13 rounds of ammunition.

DSP Oppong said the police are treating the case as a murder and officers are assisting in investigations.