2 police officers face off over who is boss 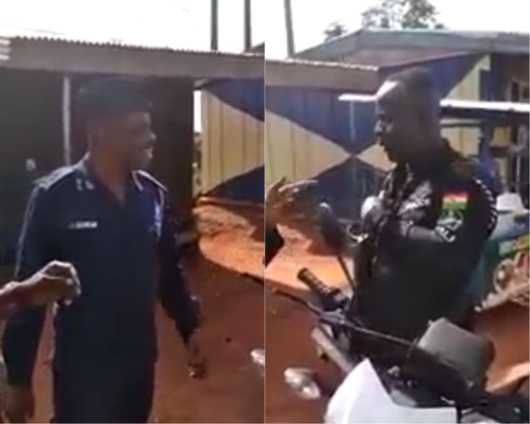 Social media users are concerned about a video of two security officers seen in a heated altercation.

Supt. Albert Quansah then cautioned the officers against the exercise.

JoyNews checks revealed that Cpl Boakye felt offended by the directive of the Police Commander, thus refused to comply. This resulted in a heated exchange between the officers.

Cpl Boakye when asked by the District Commander to provide his Service Number, responded “meet me at FPU, meet me there. You are not the one who brought me here”.

“I should meet you at FPU?, I will not come there but you will get me” Commander Quansah retorted.

Meanwhile, the Police Service has confirmed the incident and assured that internal mechanisms to deal with the issue have been triggered.