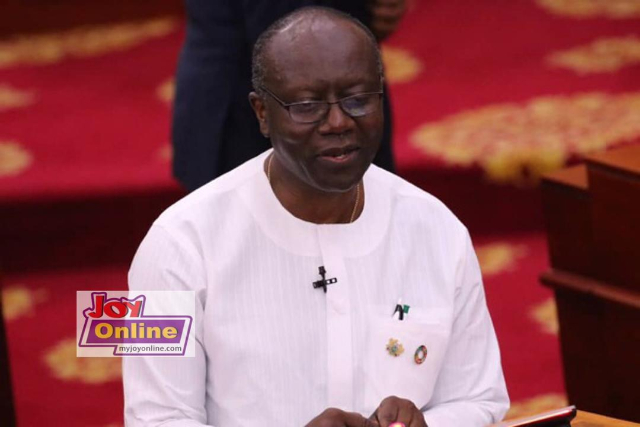 Finance Minister Ken Ofori-Atta has disclosed that the 2020 Budget would focus on sustaining gains made over the past three years.

He added that this should mean the 2020 Budget would look at sustainable stability and security.

The budget would also “make sure that the uncompleted roads and ongoing flagship projects are done as well and improve the country’s export drive as well” the minister added.

The Minister also talked about using the 2020 budget to improve Ghana’s export drive, tax reforms, reviewing tax exemptions, and things that would put the country on a growth strategy and create the required jobs in the country.

What has been the NPP government’s Budget themes since they assumed office in 2016?

The first budget of this administration was in 2017 which was themed; ‘Sowing the seeds for growth and Jobs’.

At that time, Finance Minister Ken Ofori Atta had argued that they were trying to sow the seeds in terms of policies that help grow the economy and create the required jobs in the country.

In 2018, the Minister of Finance Ken Ofori Atta talked about “Putting Ghana Back to work”.

In 2019, the budget was themed; A Stronger Economy for Jobs and Prosperity and 2020 would now focus on “Sustaining gains made over the years”.

From these themes which guide and influence policies, it is clear that the government is surely looking at how they can use the budget to create the necessary jobs in the country.

What should we expect when it comes to revenue and expenditure measures?

The finance minister has told that the 2020 budget would come up with strategies to help improve revenue mobilization and deal with tax exemption granted to businesses.

It is estimated that the country loses about $3billion annually and the plan is to take steps to deal with this challenge.

There would also be some prudent measures to control government’s expenditure especially going into an election year.

What would be the real test for the 2020 budget?

Some analysts have argued that the real challenge would be how to improve revenue to support government’s projects for next year.

Again others have argued that how would government be discipline with its finances and avoid questionable expenditure, especially in an election year.

One would also want to talk look at how they are going to raise money to fund some of its flagship programs, prominent among them is the Free SHS and how it would use this budget complete some projects it promised to finalized in its first term in office.

DISCLAIMER: The Views, Comments, Opinions, Contributions and Statements made by Readers and Contributors on this platform do not necessarily represent the views or policy of Multimedia Group Limited.
Tags:
2020 Budget
Finance Minister
Gains
Ken Ofori Atta