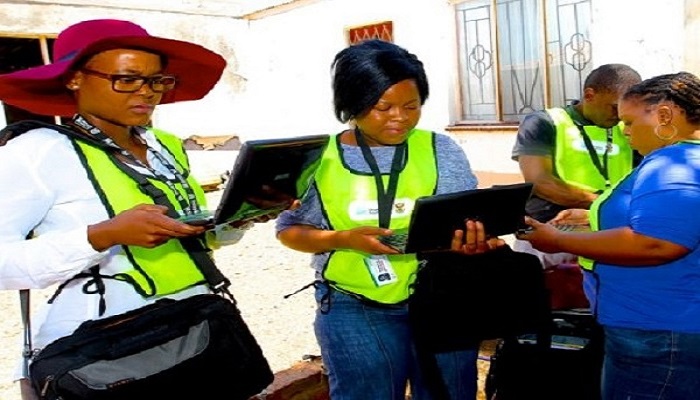 The Ghana Statistical Service (GSS) has dedicated the third week in June for preparatory works towards the successful conduct of the 2021 Population and Housing Census (PHC).

The weeklong exercise will see visits from enumeration officers to allocate serial numbers to identify structures for easy enumeration, will precede Census Night (June 27), the reference time for all questions to be asked during the enumeration period (which begins the next day).

Ketu South Municipal Census Officer, Mr Daniel Ayivi, who made this known during the launch of 30 Days to the 2021 PHC Night said just like the slogan, “You Count, Get Counted” the Census is aimed at counting each person in the geographical space of Ghana. This would ensure that every person’s characteristics would feed into the national development planning and so all must endeavour to be part.

“From 13th June to 20th June, expect an enumerator to visit the structure where you live and write a serial number on the walls to identify the structure. If your structure has not been numbered by 20th June, contact the Census call Centre.

“From 28 June to 11 July, expect an enumerator to visit your household to collect information on all persons who slept there on the night of 27th June. Ensure that an adult member is available to answer questions on behalf of other household members”.

The decennial exercise, the 12th to be conducted in the country since colonial times in 1891, should have happened in 2020 after the previous one in 2010 but was postponed to this year because of the global Covid-19 pandemic.

Chairman, Municipal Census Implementation Committee (MCIC), Alhaji Yussif Ibrahim, said the census would address the various data gaps in the country by collecting “information on every structure, household, and individual, thereby providing reliable and disaggregated data to lowest levels of administration and geography including rural and urban differentiation.”

Municipal Chief Executive for Ketu South, Mr Elliot Edem Agbenorwu, who said the Assembly had made necessary arrangements to ensure a successful exercise, called on all persons, whether Ghanaians or not, vulnerable or not and resident or in transit in the Municipality should welcome the enumerators and provide the needed information.

He appealed to the people not to be hesitant in giving out information to the Census officials over confidentiality issues assuring that the officials took an oath and would use such data only for the purpose for which they would be collected.

A member of MCIC in a solidarity message, Torgbui Dunenyo Midadze II, called on stakeholders including traditional leaders, heads of departments, civil society organisation, and market women to participate in the process saying, the 2021 Census had nothing to do with politics but for the good of Ketu South and Ghana.