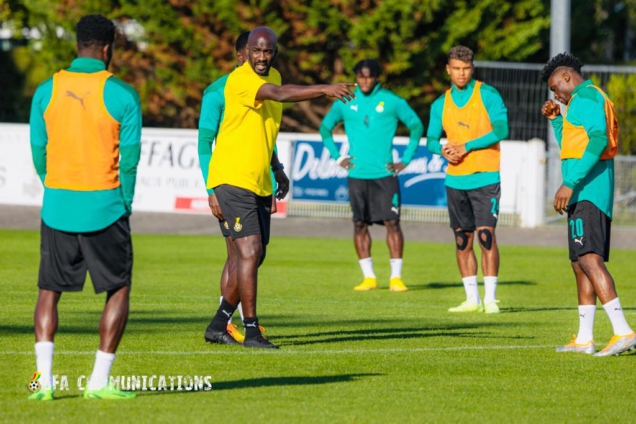 Ghana head coach Otto Addo has disclosed that 70 per cent of the squad he summoned for the September friendlies against Brazil and Nicaragua will be selected for the Qatar 2022 World Cup.

The former Ghana international added the remaining 30 per cent are tough decisions the technical team will make in their monitoring of players outside the current squad.

The core of the Black Stars team was involved in Ghana’s 3-0 defeat to Brazil on Friday and Tuesday’s 1-0 win over Nicaragua.

Thomas Partey was the only senior figure in the team not to play a part in any of the two games. The Arsenal man had to leave camp early because of a knee injury issue that flared up in the Brazil pre-game warm-up.

Ahead of the narrow win over the Central Americans, the Borussia Dortmund assistant coach told German outlet, Bild: “70 per cent of the players currently on international duty with Ghana’s squad who meet Nicaragua in Lorca, Spain on Tuesday will be in Qatar.

“The remaining 30 per cent will be tight decisions. We’re watching the players closely for the next few games to see who could play for Qatar in October.”

Black Stars captain Andre Ayew shares a similar sentiment with Otto Addo. He specifically mentions some senior players in the current team have the advantage of being selected for the World Cup.

The Al Sadd midfielder adds other players have to compete for the remaining slots.

“Apart from senior players who may have an advantage, I believe no one is guaranteed a place in the squad just yet,” he told Graphic Sports.

“Everyone must prove their quality on the field and everyone has a chance, giving the coach more options and solutions, formations, and I believe it is beneficial to have new players with the right mentality.”

DISCLAIMER: The Views, Comments, Opinions, Contributions and Statements made by Readers and Contributors on this platform do not necessarily represent the views or policy of Multimedia Group Limited.
Tags:
otto addo
World Cup