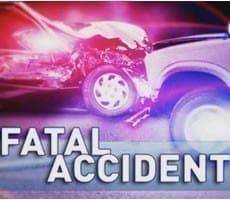 Some 23 persons are feared dead in a fatal accident which occurred hours ago today at Antado near Komenda junction in the Central Region.

All 23 were passengers of a Sprinter van which was one of the vehicles involved in the accident. The remaining two were a Toyota Pick-up and an Articulator truck.

He said the Sprinter was traveling from Takoradi and collided with the Articulator truck, which was from Cape Coast. The Pick-up also hit the Sprinter from behind.

Meanwhile Police and Fire Service Personnel in the area have conveyed the bodies to a morgue at Komenda as Road Safety Officers also help to clear all three vehicles from the scene.

Baaba Awudu told Adom News that the accident drew scores of people to the scene and they could not hold back their tears.