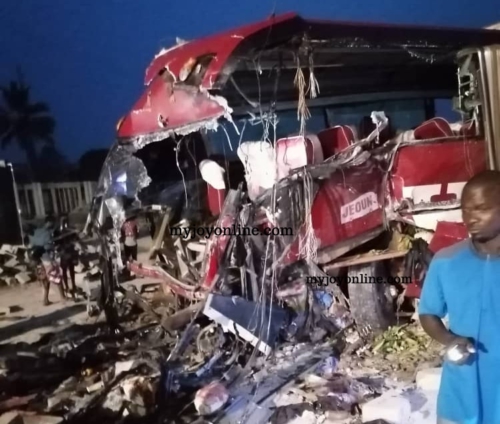 The Ghana Police Service has disclosed that 28 lives were lost between Friday, April 2 and Monday, April 5.

According to data released by the Service, a total of 143 road accidents occurred across the country during the Easter holidays.

This, according to the GPS, resulted in 140 persons sustaining various degrees of injuries from getting involved in road accidents.

These statistics according to the Police is against eight deaths and 63 injuries recorded last year when the country was under a lockdown in parts of the country.

Of the total figure of road incidents recorded in three days, the Ashanti Region recorded the highest number of cases with 31 road incidents, followed by the Greater Accra Region, Savannah Region and the rest of the other regions.

According to the statistics released by the Service, the accidents which were recorded between Friday and Monday involved 98 commercial vehicles, 74 private vehicles, and 56 motorcycles.

Also, the police said that the deaths during the Easter period involved 25 adults and 3 minors.

Meanwhile, 771 people have died due to road accidents from January to March, averaging eight lives lost per day.

Director of Education and Training at the MTTD, DSP Alexander Obeng said that beginning Wednesday, more police officers have been deployed across the country to strictly enforce road regulations.

He also pleaded with the media, and the National Road Safety Commission to beef up sensitisation on road safety to the general public.