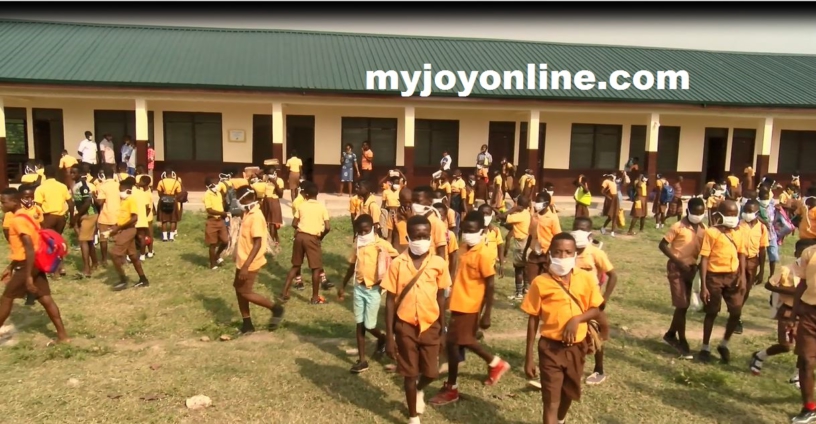 A private school at Akosombo in the Asuogyaman District of the Eastern Region has recorded 40 confirmed cases of Covid-19.

This was revealed by the Regional Director of the Ghana Health Service (GHS) in the region, Dr. Winfred Ofosu.

Although he refused to name the school, Dr. Ofosu indicated that most of the cases recorded were among students and staff who visited various health facilities within the constituency.

In an interview with JoyNews’ Maxwell Kudekor, the Regional Director added that while the number is alarming, all the students are asymptomatic and are responding well to treatment.

“Most cases are from communities and from those who visit the hospitals,  but all the children are doing well and they are mostly asymptomatic and they are isolating. Our team is working with the school authority so that everything goes on well,” he said.

He explained that a total of 500 samples were taken from the school out of which 40 students tested positive.

Meanwhile, available data indicates that the Eastern Region has so far recorded 322 confirmed cases, 152 active cases, and 9 deaths between January 1 and February 2, 2021.

Currently, the Eastern Regional capital, Koforidua tops the league of Covid-19 cases in the region, with 123 confirmed cases.

This is followed by Asuogyaman with 70 cases and Birim Central with 20 cases.

Akuapem South and Denkyembour District have 16 cases each with the other districts having less than 10 cases.

According to him, the Ghana Health Service is doing its best to contain the spread of the virus but residents have a greater role to play in protecting themselves.