8 killed after crane collapses in Kenya 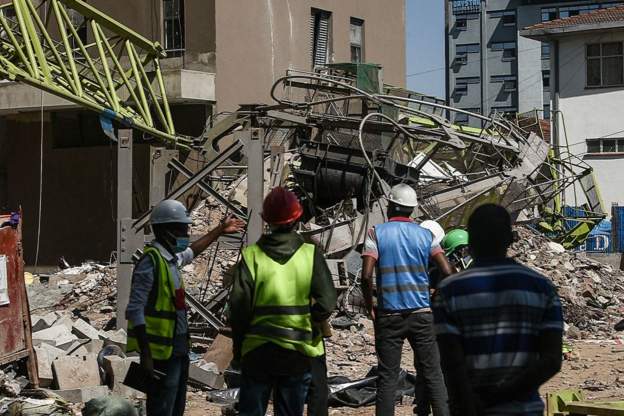 At least eight people have died and several others were injured after a crane collapsed at a building site in Kenya’s capital, Nairobi.

Local media are reporting that two of those killed were Chinese nationals.

The accident, at the site where a 14-storey student hostel was being built, happened as the crane was being dismantled, witnesses told the AFP news agency.

“We were having lunch when we heard things falling and thought part of the building was coming down,” AFP quotes construction worker Michael Odhiambo as saying.

“When we got there, we found a crane had snapped and tumbled down,” he added.

Evacuation is currently under way at the scene, which is opposite the department of defence headquarters.