Abigail Dankwah Akoto: Will the genetically modified PBR cowpea be a game changer? 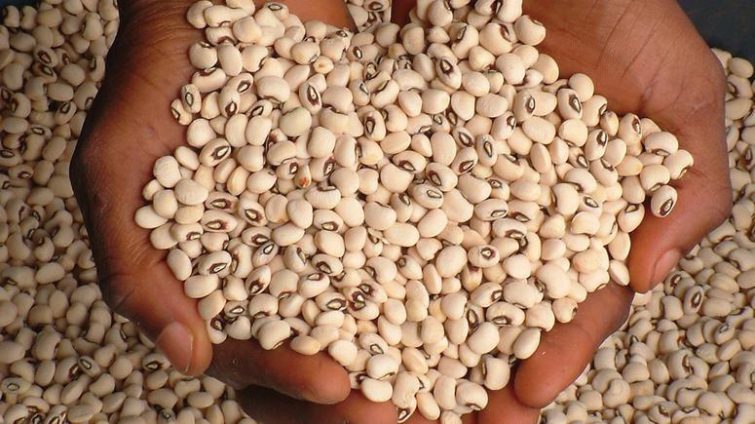 Cowpea, popularly known in Ghana as beans, has been described by tertiary students as a “saviour”, not only due to its affordability, but also because of its great taste.

It’s an important necessity for students especially during those times of the semester when they are low on food or money.

In Ghana, and across Africa generally, cowpea remains a popular food. It is a high-protein food crop consumed by an estimated 200 million people in Africa daily.

It’s usually cooked and eaten with carbohydrate sources like plantain and rice. It’s also used in preparing porridge as well as snacks.

Resource poor Ghanaians cherish it heavily because it is an affordable source of protein. It thus earned the moniker “poor man’s meat”.

But it’s not only the poor who enjoy it. All classes of people in Ghana including the rich and poor, young and old, males and females, enjoy cowpea.

Unfortunately, the challenges faced by cowpea farmers, including rampant pest infestation, are unknown to consumers of this important food crop. These challenges with cowpea are gradually pushing farmers away from its cultivation.

Mohammed, a son of a cowpea farmer took after his father and has been in active farming for six (6) years.

He was hopeful that he would be able to engage in this profession for the long term to make ends meet and be able to cater for the needs of his school-going children.

But six years into cowpea farming, all he tells his friends is that due to the unending insect problems with cowpea cultivation, he is virtually losing all his investments.

Most of his friends have abandoned their farms to look for other lucrative ventures. Mohammed recalls how the Maruca pests continuously devastate his field, and the several number of times he has had to lose more than a quarter of yield.

Then he loses money to members of the labour force who partake in harvesting of crops that’s already been damaged by the Maruca pests.

He additionally has to deal with storage insects, which he eventually found a solution to.

He’s resorted to manually threshing the dried crop and triple bagging the grains after fumigating them with Phostoxin. But for the more devastating Maruca infestation, no effective measure has been deduced yet.

Maruca pest is a key challenge that renders cowpea production unattractive. The larvae infest the flower buds, flowers, and the pod causing up to 80% yield loss in heavily infested areas.

Currently, farmers spray their fields between eight to 10 times within the eight week growing cycle of the crop in order to get a good harvest.

There is no known cowpea variety that is resistant to Maruca. Coupled with high cost of production, farmers are also at risk of other health implications due to their regular exposure to these pesticides.

After nine years of research on a new cowpea variety engineered to be resistant to Maruca, devoted farmers like Mohammed and his colleagues do not still have access to this variety.

The reality that this variety will help farmers increase yield and reduce pesticide application to two times per season (mainly for other insects that attack cowpea than Maruca), instead of the regular eight, has not done the magic in encouraging a hastened approval process.

Their hopes of having a less tedious and cheaper cowpea production, is yet to see the light of day. To them this is injustice to cowpea farmers in Ghana, knowing that Nigerian cowpea farmers are already benefiting from the genetically modified podborer resistant (PBR) cowpea.

Now to the question I asked at the beginning; “will the PBR Cowpea be a game changer” in the lives of farmers, consumers, the nation, and the environment at large? I believe so. First of all, the PRB cowpea will contribute to efforts to meet Sustainable Development Goal 1 on eradicating poverty because Ghanaian cowpea farmers will be able to earn more profits from their fields due to reduced pest attacks. They will also earn more profit because they will be investing far less resources in pesticides.

Additionally, the PBR cowpea will help ongoing efforts to meet SDG 2 on ensuring zero hunger. There have been recent complains about hike in the price of beans as a result of rising farmer input cost and scarcity in some areas.

Widespread adoption of the PBR cowpea could make a difference in making more quantities available for the benefit of consumers.

Recently, The Conversation Africa reported that the National Biosafety Authority has approved the GM PRB cowpea, and it will now go to the Varietal Release Committee of the Ministry of Food and Agriculture for varietal release approval.

Maybe, it is about time that those processes were quickened to help make these above spelt out benefits available to Ghanaians.

I had the opportunity recently to interact with some Ghanaian farmers who grow cowpea and the question they kept asking was, “where are these PBR seeds? We want them.” Let us be fair to these struggling cowpea farmers and make the variety available to them.

I am confident this will open the door for the country to apply the genetically modified organism (GMO) technology and other biotechnology tools to help improve upon Ghana’s agricultural sector.