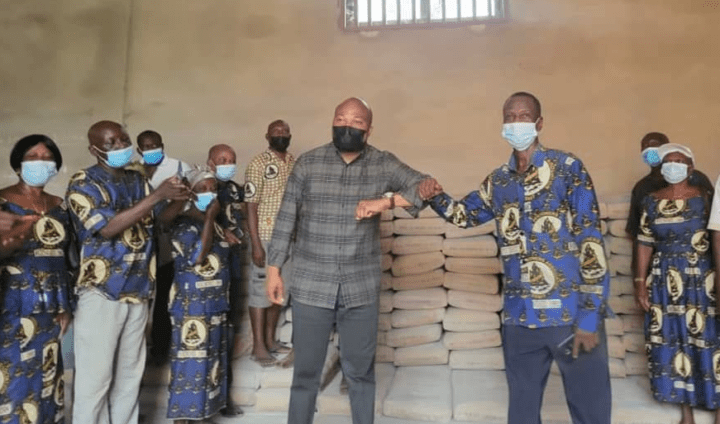 The donation made on Thursday is to bolster the construction of a multipurpose district pensioners building.

The edifice will comprise offices, meeting rooms and a social centre.

In a Facebook post, Mr Ablakwa noted the donation was an honour on his part and would continue to support the construction of the building at every stage.

“The honour and pleasure was all mine when I earlier today made a cement donation to the North Tongu Pensioners Association as we construct a multipurpose district pensioners building which comprises offices, meeting rooms and a social centre.

As I assured, they can continue to count on the MP’s office when they get to roofing and furnishing in a few months,” he stated.

According to the MP, the project being undertaken is of the essence as it serves as a form of appreciation to the senior citizens whose contributions have led to the growth of the constituency.

“Senior citizens who have sacrificed for our nation deserve our solidarity and appreciation. With unity and determination, we shall transform our beloved constituency.”