Ablakwa must resign as an MP – Deputy Majority Whip 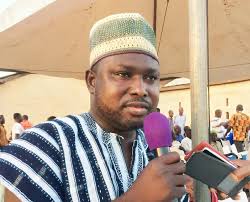 The Deputy Majority Whip is calling for the resignation of the Member of Parliament for North Tongu, Samuel Okudzeto Ablakwa as an MP following his decision to discontinue his membership in the Appointments Committee.

Habib Iddrisu, in an interview with Evans Mensah on TopStory, intimated that if Mr Ablakwa’s resignation is in line with the approval of the Finance Minister, then his decision is a betrayal to his colleagues on the Appointment Committee since he took part in the approval of Ken Ofori-Atta.

“If you look at the narrative, the fact that honourable Okudzeto Ablakwa came out to the public to resign from the Appointment Committee, you see even though he has not clearly stated the reason but if it is linked to the consensus approval of the Minister for Finance honourable Ken Ofori-Atta, I am saying that if that is the reason then he should just resign as the member of parliament.

”It is on record for the general secretary of the party thus the NDC came out to have said that it was their party decision that the minister for finance should be allowed to go.

His comment comes days after the former Education Minister resigned from the Appointment Committee on Wednesday.

Explaining the rationale behind his decision, Mr Ablakwa in a letter dated March 30, addressed to the Speaker, Alban Kingsford Bagbin indicated that his resignation comes “after days of careful reflection and thoughtful considerations.”

However, Mr Iddrisu, who is still not pleased with Mr Ablakwa’s resignition stated that, he could have opposed the approval of the nominee if he was not pleased with his responses during his vetting.

He further cited an instance where the Minority Caucus in the appointment committee stood to their grounds to reject the approval of some ministerial nominee which was later sent to the floor of parliament for the aproval.

This he says, if the MP for North Tongu had some concerns, he should have voiced it out before Ofori-Atta’s approval.

“Honourable Ablakwa is a member of the Appointment Committee, he had his turn to have asked the Finance Minister any question that is of doubt to him and even after asking such question, if he still thinks that he was not convinced with the response, he had the right to have voted against the nominee.

“But if you look at the Appointment Committee report it says that by consensus and by consensus it means that those parties agreed that they should pass him,” he added

“For him to betray his colleagues if actually his reason is attributed to the approval of the Finance Minister it is just a slap on the face of his colleague because these are the people.”

DISCLAIMER: The Views, Comments, Opinions, Contributions and Statements made by Readers and Contributors on this platform do not necessarily represent the views or policy of Multimedia Group Limited.
Tags:
Appointments Committee
Habib Iddrisu
Samuel Okudzeto Ablakwa