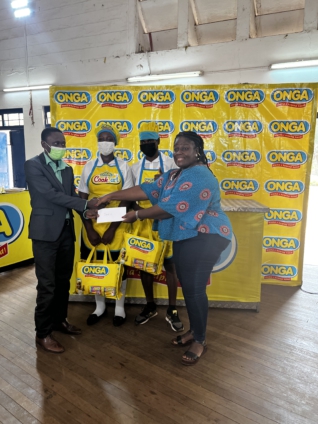 Seven Senior High schools locked horns in a battle for supremacy and an opportunity to represent the Greater Accra Region in this year’s National Onga Cook Art Competition.

Their task was simple; they had to prepare a two-course meal for a patient who had just recovered from Covid-19 infection.

The trick however is, they were only allowed to use local ingredients.

Contestants were examined in three stages, first was the oral assessment, where their mental prowess was put to the test.

Then their culinary skills were evaluated.

The contestants finally had to defend the meals they prepared before the judges.

After hours of the nerve-wracking contest, Accra High School secured its slot in the 2022 National Onga Cook Art Competition with 81.5 percent.

But the Motowners never say die! they promised a come back next year.