Addressing climate change is crucial to the development of countries in the sub region - ECOWAS - MyJoyOnline.com 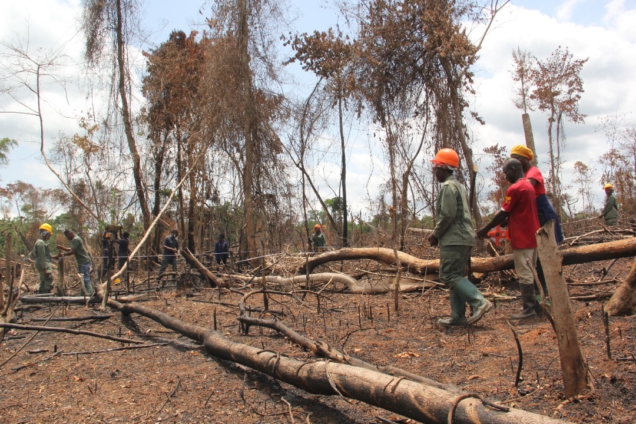 The Economic Community of West African States (ECOWAS) says it is committed to making climate change a priority for policy action in the region, in accordance with its Vision 2050.

The impacts of climate change are transboundary, therefore the implementation of strategies to address the phenomenon in the sub-region, according to ECOWAS, is crucial.

A statement issued by ECOWAS says, the commitment is part of a Regional Climate Strategy (RCS) to set regional mitigation and adaptation goals for 2030.

ECOWAS officials say the targets are under review.

“These targets are set for 2030, in line with the deadline for Member States’ commitments under the Paris Climate Agreement, with a review planned for 2050, in a process of continuous improvement as stated in this Agreement,” the statement said.

Africa is the continent contributing the least to greenhouse gas emissions, but it is among the most vulnerable to the impacts of climate change.

Nine of the thirty most vulnerable countries in the world lie in West Africa. ECOWAS countries’ emissions account for 1.8% of global GHG emissions.

All ECOWAS countries emit on average, less than one ton of CO2 per capita per year.

In West Africa, the rise in temperatures is 1.5 times higher than worldwide, with recurrent droughts, and greater variability in rainfall. Sea level is sometimes rarer and often more intense, the levels and heights of the waves with dramatic human and economic consequences for all sectors of the countries.

According to the African Development Bank, the effects of climate change on the continent could reach US$50 billion annually by 2040, with another 30% drop in GDP by 2050.

It is predicted that climate change could reduce groundnut yields by 11% to 25% and cowpea yields by 30% in some sub-regions of the Sahel and Sudan by 2030.

Climatic factors could force as many as 32 million people to migrate to their countries in West Africa by 2050.

The 15 ministers of environment of ECOWAS member states, under the chairmanship of Dr. Kwaku Afriyie, the Ghanaian Minister for Environment, Science, Technology and Innovation met on April 29, 2022 and validated the ECOWAS RCS.

The ECOWAS Regional Climate Strategy (RCS) contributes to the implementation of the African Union Strategy on Climate Change (2020-2030). It is fully consistent with the Paris Agreement and aligns with and contributes to ECOWAS Vision 2050.